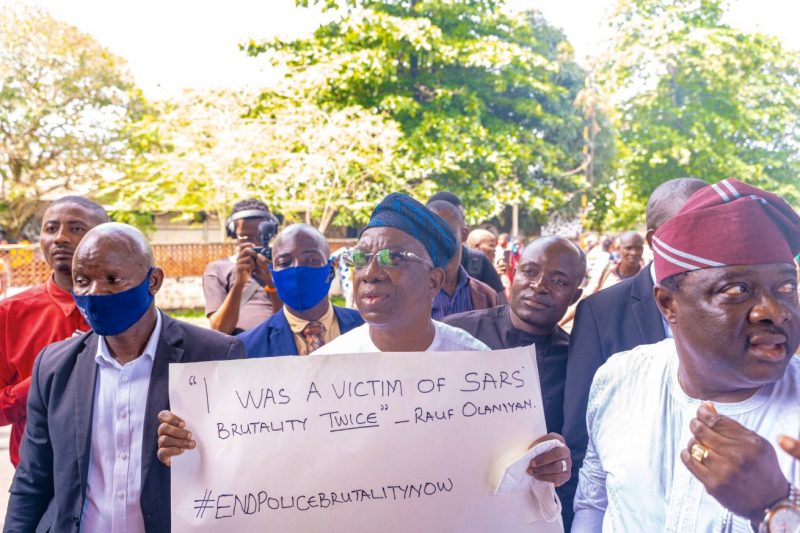 Rauf Olaniyan, the deputy governor of Oyo State, has said that he has been a victim of police brutality in the past.

Mr Olaniyan made this declaration while addressing #EndSARS protesters in Ibadan, the state capital on Tuesday.

He declared his interest to joined the protest against the disbanded Special Anti-Robbery Squad (SARS).

“I stand with the #EndSARS protesters because I have twice been a victim of police brutality,” Mr Olaniyan said.

Meanwhile, the mass protest against police brutality in Nigeria was held on Wednesday in major cities across the country including Abuja, the nation’s capital.

They also assembled at the entrance of the Ministry of Justice and displayed placards demanding justice for slain victims of police brutality.

A complete reform of the Nigeria Police Force, instead of just replacing the Special Anti-Robbery (SARS) unit with another unit called SWAT was also part of their demands.

Meanwhile, dozens of another group of protesters gathered at the Unity Fountain for a solidarity rally for the police.

The group claimed that the ongoing #EndSARS protest is capable of demoralising the police.

IGP warns officers against use of force on #ENDSARS protesters