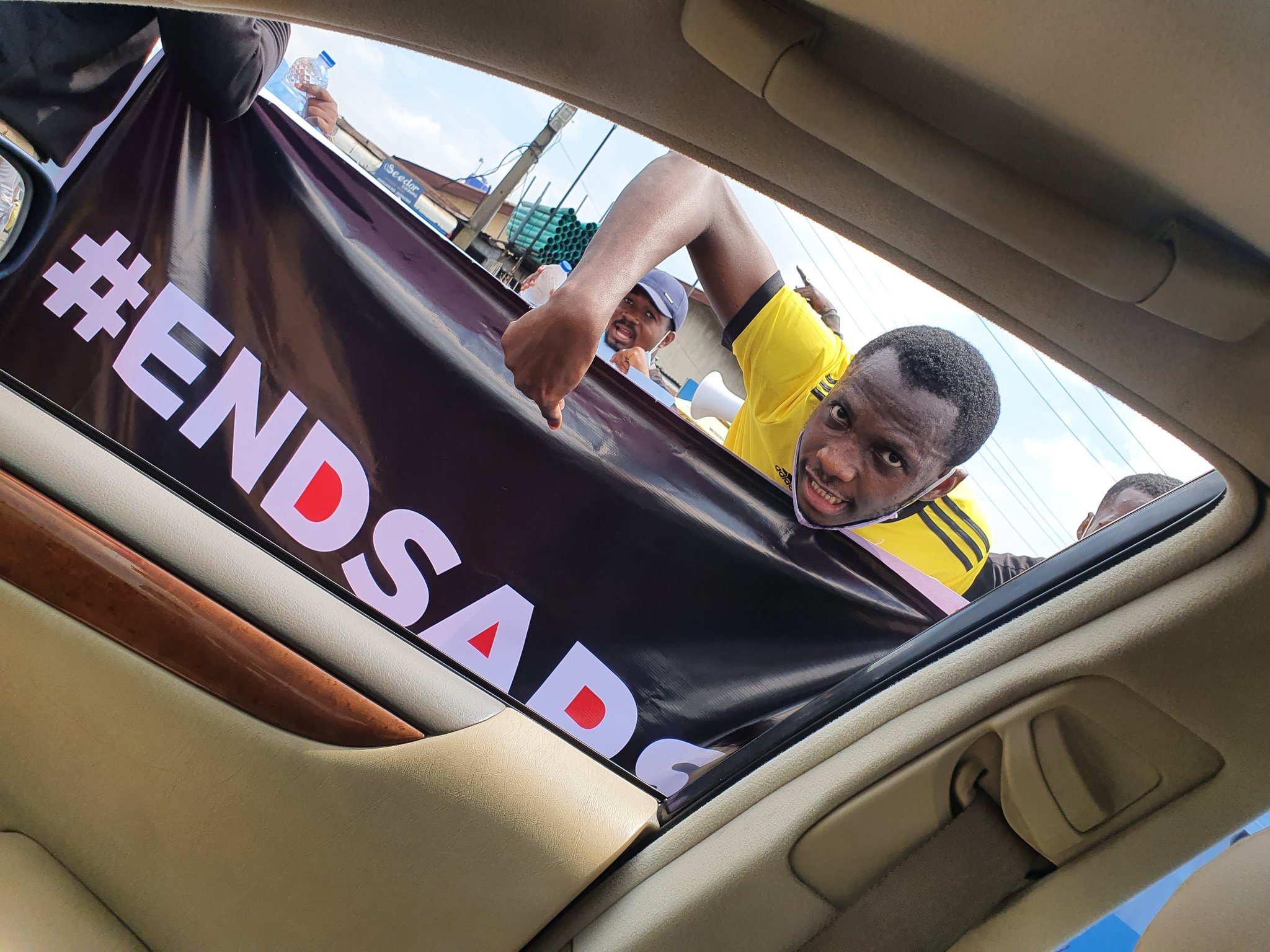 As protest against the Nigerian Police unit, known as the Special Anti-Robbery Squad, SARS enters the third day across Nigeria following viral videos of Police brutality against unarmed citizens.

Protesters have taken over the Lekki-Ikoyi Bridge in Lagos, shutting vehicular moment along a major route that carries traffic between the Island and Mainland.

The Protest is ongoing across Lagos, State, from Ikeja (Mainland) to Lekki (the Island), young people are demanding government to ban SARS

28-year-old software developer, Mr Adewuyi Adelaja in an interview with NewsWireNGR Saturday said, “the significance of our presence in this bridge is a symbol of our anger with the activities of the Nigerian Police and treatment on innocent citizens”.

“This is the time to END SARS,” Adelaja noted.

“And no better time but now, we are tired of repeated promises since President Muhammadu Buhari assumed office, he keeps making promises that are never backed with action” he added.

Nigerian President Muhammadu Buhari had last night met again with the Inspector General of Police, with no concrete promises to end the Police unit known for brutality, killings and extortion.

The President wrote on twitter, “Our determination to reform the police should never be in doubt”.

He added, “I am being briefed regularly on the reform efforts ongoing to end police brutality and unethical conduct, and ensure that the Police are fully accountable to the people”.

But Adelaja and hundreds across Nigerian cities are not convinced, the massive turnout has forced vehicular traffic and total gridlock on Ikorodu Road, the busiest axis in the Nigerian commercial capital.

In the Federal Capital Territory Abuja, hundreds of people have protested against alleged police brutality for a third day across Nigeria after a video of a man allegedly being killed by police went viral.

“Our members were close to 200 in the protest. We were teargassed,” human rights activist Deji Adeyanju told the AFP news agency.

“It’s just sad that they are clamping down on peaceful civil protest.”

Protester Anita Izato posted on Twitter: “They poured tear gas on each and every one of us, it’s so hot I had to put water on my face. This is what Nigeria has turned into”.