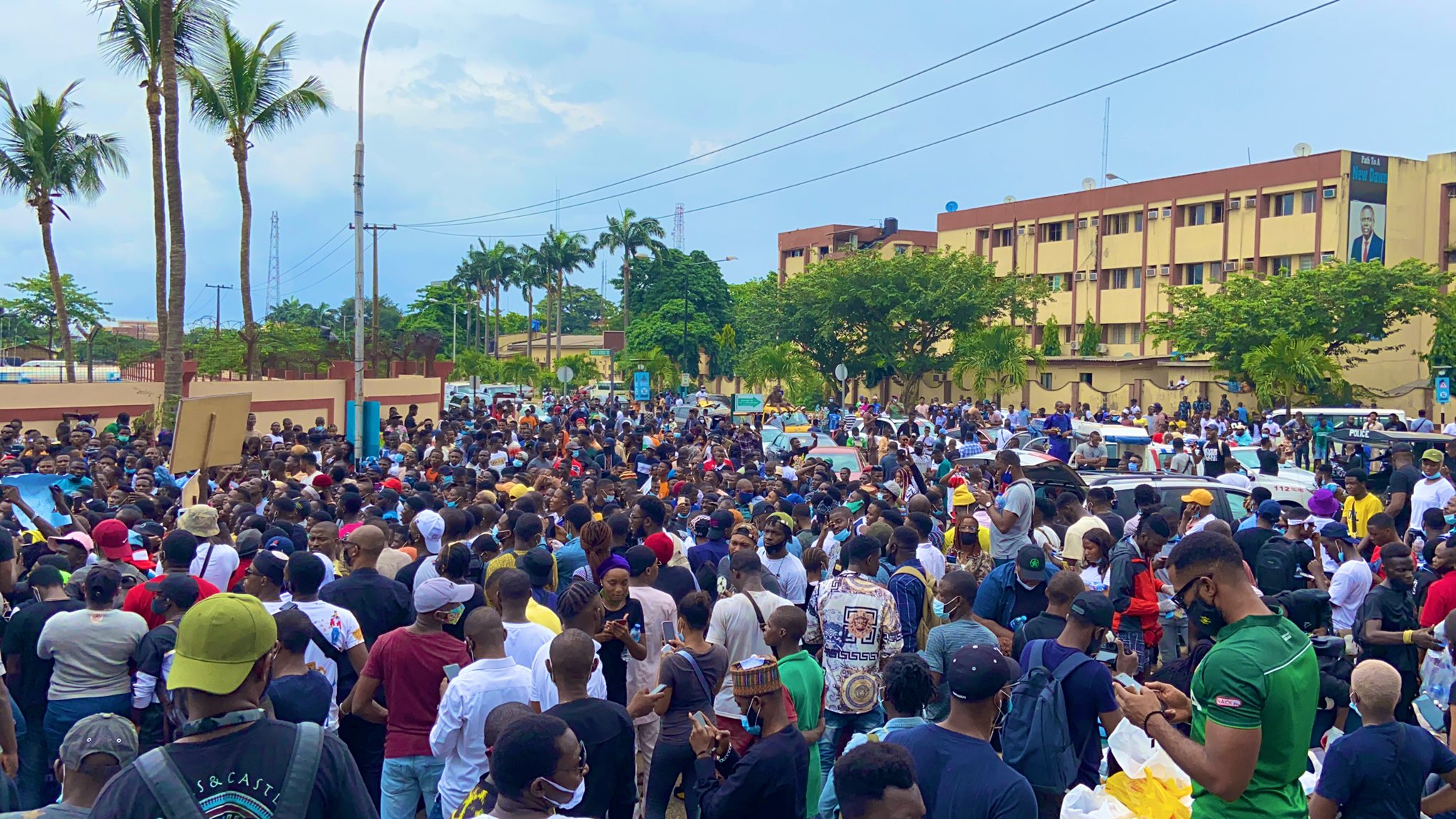 During the protest on Friday, the protesters insisted that the Special Anti-Robbery Squad must be “completely disbanded” during a chat with the Deputy Governor of Lagos State who addressed the agrieved protesters in Alausa.

The Deputy Governor, Obafemi Hamzat, during his address to the #EndSARS protesters said, “Police must find those spoiling their names and prosecute them. There are those of them who are harassing our youths, it must stop. The only way it will stop is for them to prosecute the bad eggs among them.

“Before you remove a fence, you must understand why the fence was put there. You must go on a tour. If there are issues, you repair it.”

The protesters, mostly young people, spent Thursday night in front of the government house in Alausa, Ikeja and refused to leave despite government officials speaking to them.

NewsWireNGR correspondent reports that “In Wuse Market, the cordoned off an entire area with Armoured Personnel Vehicles, while those at the Central Business District where shot at with teargas and live ammunitions”.

Protests have been going on for days demanding the scrapping of the Special Anti-Robbery Squad over the extortion, brutalisation and killing of Nigerians by the police unit.

NewsWireNGR will be providing updates of the protests ongoing in state capitals in Nigeria.