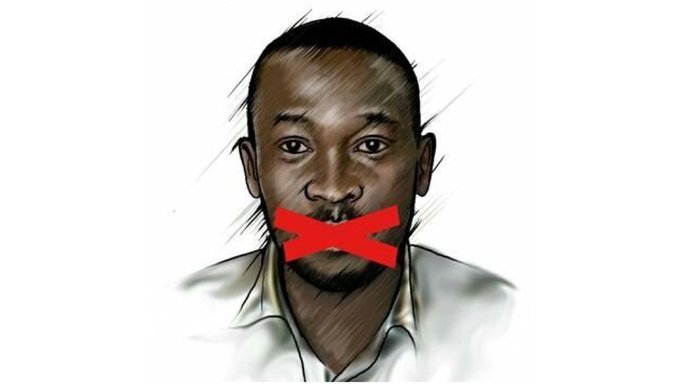 Nigerian Journalist, Ahmad Salkida and Editor-in-Chief, Chief Executive officer of HumAngle Media has said in the past few days “some paid hacks” operating under different spurious banners and using a few sloppy media platforms have been used to drum up a virulent campaign to smear and call for his head.

In a statement issued Friday and made available to NewsWireNGR, Salkida said, “I have personally been under repeated threats. I once fled this country with my family on account of the threats to my life. While out in exile, the Nigerian Army declared me a wanted man. I took a flight and presented myself. They had nothing on me”.

He continued, “I will restate that I’m a journalist, and I am committed to making my contribution to making Nigeria a better place for all. I do this professionally through the instrumentality of news reporting”.

He said, “On October 3, 2020, a platform, GCFR NG, ran a story, with the heading, “Beware of Boko Haram agent, Ahmad Salkida-CAFA warns Nigerians.” The said report was derived from a random statement by a group that goes by the name, Citizens Against Fake Activists, (CAFA)”.

The statement reads in parts, “One Comrade Richard Adie reportedly signed the statement. The group’s name is, however, not registered with the Corporate Affairs Commission in Nigeria. It does not have any physical address or functional website and has no tangible physical or digital footprints whatsoever. The names associated with it are shadowy, bearing imaginary ghost emblems. The whole drama is so ghostly that it paid for a hotel hall for a press conference without leaving an address or phone number.”

On October 7, another faceless group, International Human Rights Protection Forum, (IHRPF), cast in similar anonymity as the first and calling itself public interest lawyers, released a statement reportedly addressed to the Attorney-General of the Federation and Minister of Justice, Mr Abubakar Malami, SAN to media houses. As in the first, this group would want the government to classify Salkida as a terrorist and prosecute him.

A few newspapers, not NewsWireNGR, ran the statement, Salkida said “no attempts were committed to verifying the claims and criminal allusions nor did any of the papers run a check on the identity of the platforms and individuals making the utterly vexatious claims”.

The statement added that the time tested ethos of the diligent process in news reporting seems to frequently suffer grave blows whenever the agents of fascism in Nigeria want to hang any spurious accusations on Salkida. “This is deplorable”.

As professionals in the fourth estate of the realm, “we owe it to society to continually commit to the best standards of credibility”.

Related Topics:NigeriaAhmad Salkida
Up Next

Eyitayo Jegede is still in the race says PDP