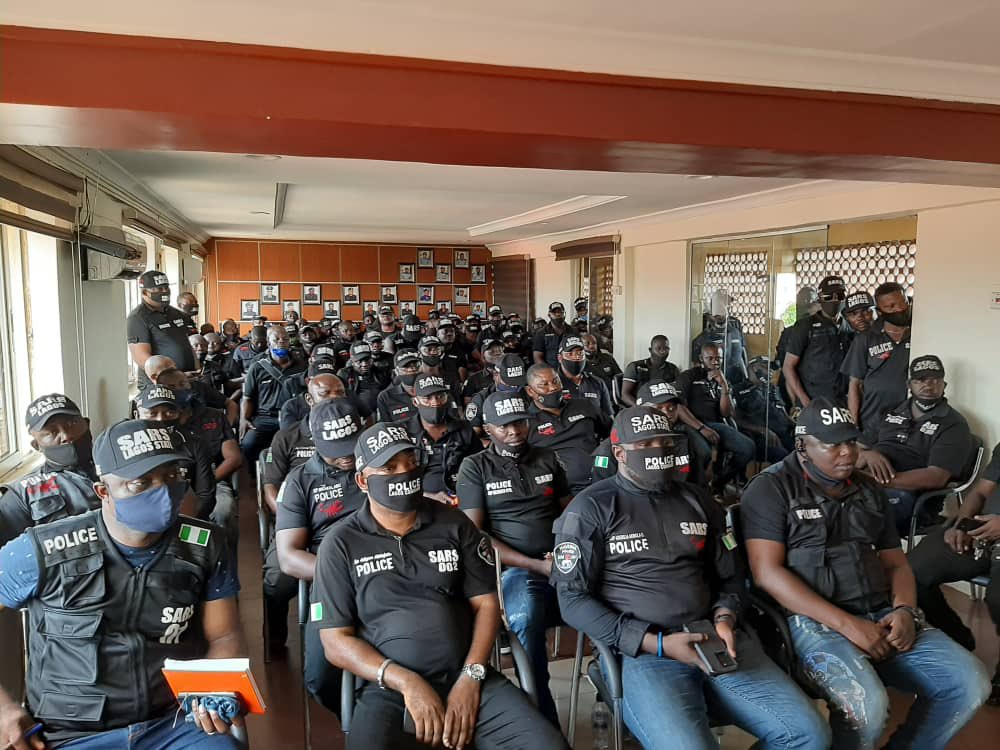 The minister of Youths and Sports development, Sunday Dare, on Monday night pleaded with Nigerian singer, Naira Marley, to stop mass action scheduled to protest the excesses of the Special Anti-Robbery Squad (SARS).

As the #EndSARS campaign rages across social media depicting abuses carried out by Police officers, controversial Nigerian singer, Naira Marley, had waded into the debate by calling for some form of caution and a peaceful protest in Lagos.

Using the hashtag, ENDSARS, Nigerians have been posting and sharing cases of extra-judicial killings, extortion, harassment and other vices perpetrated by the operatives.

The 26-year-old singer had however, opposed calls to disband the Special Anti Robbery Squad (SARS) during an Instagram live session on his official handle on Monday but insisted on a protest.

On Monday evening, he announced that the protest will start from 9:00 a.m. on Tuesday.

“So 9am tomorrow we move. 2nd toll gate – Peaceful protest No vandalism, no fights and no stealing,”.

Many Nigerian celebrities have lent their voices to the campaign for the total dissolution of the police unit.

In response to the tweet by Naira Marley, Mr Dare wrote, “I urge you and other youth not to embark upon any protest. Your grievances are being addressed at the highest level of government. As the Minister in charge of youth I know this is an issue that must be tackled. Government is doing just that,” Mr Dare wrote in response to the singer’s tweet.

Following the agitations on social media, the Inspector General of Police, Mohammed Adamu, banned some police units, including SARS from operating on the roads but this is not the first time the Police will be announcing a ban, it is the fourth time in 4 years.