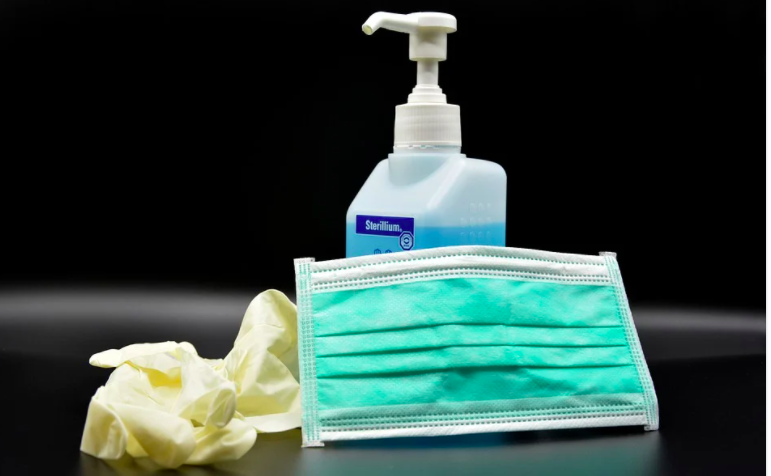 In the past few weeks, schools, international airlines, cinemas and more non-essential sectors have been opened up to some capacity. These openings, as well as the previous relaxation of restrictions have been part of an inevitable post-Covid-19 resurgence.

But as everyone gears up for this return to pre-Covid normalcy, health experts warn that this battle is yet to be won and if care is not taken, we might experience what is called a second wave. This second wave they predict, may be more catastrophic than what we have witnessed so far.

In a live broadcast by Director-General of the Nigeria Center for Disease Control (NCDC), Dr. Chikwe Ihekweazu, on 22 August, he warned of the possibility of a second wave and urged decision-makers and Nigerians to join hands in  flattening the curve of this pandemic.

The NCDC DG said  “we are still very much in the middle of the first wave and that we will have a second wave is not inevitable. It depends a lot on what we do collectively as a country, and that’s really the most important point.”

Ihekweazu continued, “if we really focus on this thing for the next few months, we will reduce the rate of infection sufficiently for us to hold on a bit until we get to a vaccine.”

What is a second wave?

Professional health officials do not have a universally agreed definition of a second wave, but it is widely used to describe the recurrence of the disease after cases have significantly decreased and everybody has regained their pre-pandemic existence.

The word second wave is commonly used in reference to the second attack of the Spanish flu (Influenza) in March 1918-1920. According to the Centers for Disease Control and Prevention, the flu infected nearly 500 million people (then 1?3 of the world’s population) and killed an estimated 20-50 million people. The majority of infections and deaths have been reported in a 3-month period where people rushed their lockdown and hurried into normalcy.

This fear of an Influenza-like second wave for the present Covid-19 pandemic is valid because these two flus share certain similarities.

Just as Covid-19 originated in the small town of Wuhan in China, and most people thought it was just another flu that had come and would go in time. It was the same thing that happened during the Spanish flu in 1918.

When the flu broke out then, no one then predicted the catastrophe the flu would cause to the whole world. They did not imagine it would cause a pandemic until months after the flu began to spread without a vaccine or treatment in sight.

Similarly, the Spanish flu often affects the respiratory system and spreads when someone comes into contact with the droplets of an infected person.

In the same vein we shield ourselves from Covid-19, health experts also recommended lockdowns, wearing nose masks, movement restrictions and closure of non-essential places such as schools, religious houses and pubs as appropriate steps to flatten the curve of the Influenza pandemic. But as soon as the short lockdowns stopped due to World War 1 and economic difficulty, a second wave became inevitable. This second wave was more deadly and catastrophic than the first wave.

Fear of a second wave

The catastrophe that happened during the second wave of the Influenza flu has rightly made health authorities fear a re-occurrence as we all reopen the society and go back to pre Covid-19 normalcy.

According to studies, the second wave was more catastrophic because the first wave had sapped the economic, health and physiological resources of many countries back then. So when the second wave happened, the vulnerability of these countries was exposed. The health sector was weak, and another lockdown was difficult because most people were economically handicapped.

However, It is over 6 months since Nigeria recorded its first case of Covid-19 and the whole country can’t continue to be locked down. As a human society, our survival is dependent on our interdependence and everyone can’t continue to be under lock and key in the hope that we get a vaccine at an unknown date. Especially as the past lockdown has caused so much disruption to our lives and economic capacity.

So at some point, even before a vaccine or cure is found, the lockdown has to be lifted. The only challenge to keep sensitising everyone to see that the return to a pre Covid-19 normalcy is only a necessary but parallel step to save humanity by arresting the downward tide of economic disruption. It is not a signal that we have defeated Covid-19.

Ikpeme Neto, a Doctor and the founder of Wella Health joins in this warning that the Covid-19 is yet to be over and that everyone should thread with caution until a vaccine is found.

All through the pandemic, Wella Health company worked closely with the NCDC with its software, Wella Health Driage, to drive NCDC approved guidelines to managing the virus and creating epidemiological data collection and visualisation tools that helps for the NCDC to better respond to the challenges of the pandemic.

Neto tells NewsWireNGR that health experts and literature have predicted that it is until mid 2021 before everything returns to some form of normalcy. Because it is until then that the vaccines would have been certified okay and readily available.

But before then, we are in a new normal and we should continue to adhere to the rules of social distancing as much as other preventive measures we now take presently.

More so, this return to our normal lives before Covid-19 is dependent on a lot of factors like how potent the virus will later be, the availability and effectiveness of vaccines and many others.

Factors that can trigger a second wave

There are many health risks out there that make everyone susceptible to a second wave.

First worry is, the relaxation of restrictions now make some people (erroneously) claim that Covid-19 is a farce by the government to make milk money from International communities.

Another group thinks their demography is exempted from the virus. So these groups have damned the protective measures and thrown caution to the wind. They no longer follow the protective and preventive measures. They no longer wear nose masks unless they are in a public or in an environment that forces them to wear it. And when they wear it, they only place it on the chin because they only do it to only comply with rules and not protect themselves.

For this Neto explains that “It is necessary we keep taking the preventive measures as advised by the NCDC and world health bodies. Because if we don’t, there is a possibility that we may experience a Covid-19.

That is why the NCDC has continued to campaign for the following of preventive measures.”

The second wave looks to cause more catastrophe as states like “Lagos is witnessing increased community transmission” according to the health authorities.

As people commute from one place to another and come in contact with an uncountable number of people a day, their risk of exposure and transmission of the virus increases.

This increased exposure, and transmission makes it almost impossible to do contact tracing. So at the end, people only know that they have Covid-19 when they start showing symptoms. The asymptomatic ones who do not show symptoms or go for tests unknowingly act as vectors for the virus. This gets worse when you remember the 6 metre rule is now widely ignored.

Moreso, Health workers are presently under more pressure than when the virus was new and only a handful of people had the virus. There’s ordinarily a dearth of health workers and according to a 2019  data from the World Health Organization (WHO), Nigeria’s physician-to-patient ratio is four doctors per 10,000 patients. With more sick people and demand for the few available resources, things are getting more stressful for these workers.  And now they have had to explore other risky options like treating people at home and indirectly recommending self medication.

In a bid to flatten the curve of the virus, the government at different levels has had to play a leading role. For example, Lagos state which is the centre stage of the crisis spends about N100,000 daily on each COVID-19 patient whose case is mild-to-moderate. This is commendable and shows the government has put in a valuable effort to end the disease. But this scale of spending has taken its toll on the government and it’s unsustainable if more people keep getting the virus.  Now imagine a second wave.

There are valid claims that Nigeria is not carrying out enough tests. Back in April, the NCDC set a target of testing two million people in three months but it is yet to meet this target four months after. And from information on the NCDC website, less than 500,000 people have been tested as of September 26. This is a small number for a population of about 200 million and what it means is that there are a lot of asymptomatic carriers moving around and transmitting this virus to others.

When one assesses all these factors, it is difficult to overestimate the possibility and danger of having a second wave.

Yomi Ajinibi, a public health specialist also wades in on the possibility of this second wave and advises on the preventive measures we all need to take as the virus moves to a localised means of transmission.

“Anyone that suspects he is in contact of Covid-19 should first report to the testing centres and if he is confirmed he should go into isolation for a period of 14 days.”

“Also, people who live in tenement buildings and enclosed spaces should use a lot of disinfectants whenever they touch doorknobs or use the housing facilities. They should also constantly decontaminate their environment.”

The Federal Government has announced plans to deploy 60,000 Environmental Health Emergency Volunteers to schools in 774 Local Government Areas across the country.

The Minister of Environment, Mohammad Abubakar who made this announcement on Monday in Abuja said the deployment is to ensure that the guidelines of the COVID-19 protocols are strictly adhered to as schools reopen on October 12.

Abubakar said the health officers will be assisting the schools to adopt basic safety measures which include hand washing, compulsory use of face mask, temperature checks as well as physical distancing.

“As a major stakeholder, the Ministry of the environment is set to play its role in the entire chain of events in school reopening.

“We shall be activating 6,000 of such volunteers to cover schools in all the 774 local governments in the Federation,” the Minister said

The 6,000 volunteers will be working with stakeholders at the national level with guidelines and there will be monitoring and evaluation by the Federal Government to ensure strict compliance of health protocols by schools across the country.

Abubakar also said the volunteers will be employed based on their previous performance while carrying out examination surveillance.

The Federal Government, last week ordered unity schools in the country,  earlier closed due to the COVID-19 pandemic, to reopen on October 12th, 2020.

According to Nigeria Numeric, a data mining and analysis company, as at the 5th of October 2020, total Covid-19 confirmed cases in the country was put at 59,465 while the total deaths, 1,113 and 50,951, discharged cases recorded.