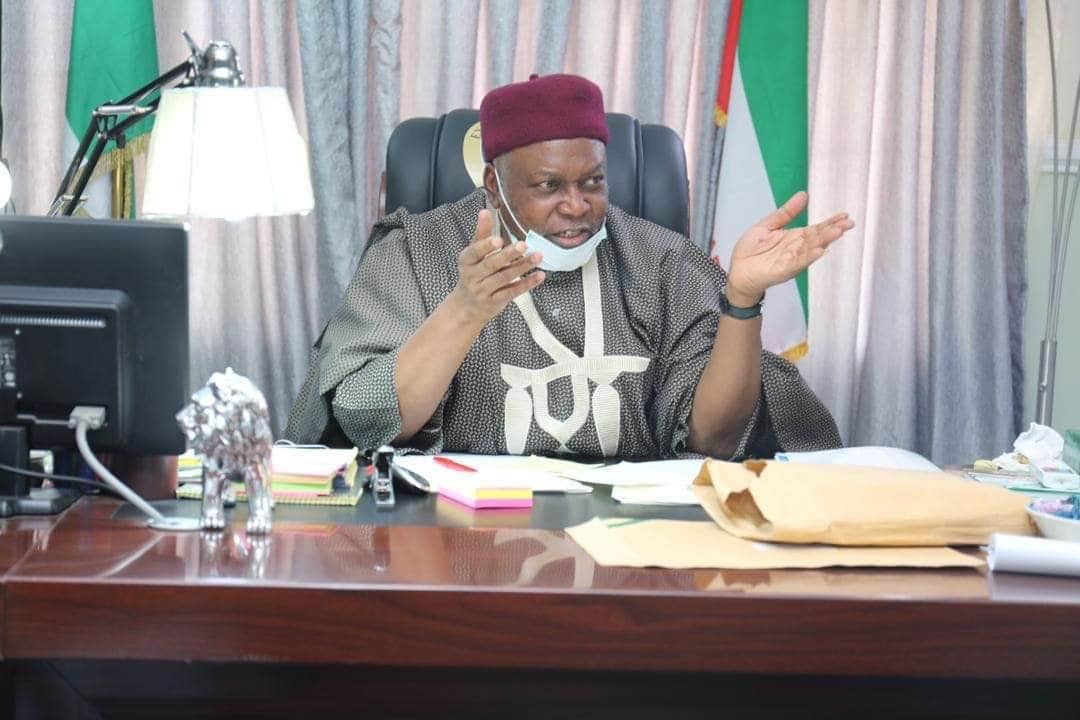 Gov. Darius Ishaku of Taraba has called on the people of Chonku village who had fled to Wukari town in the wake of the Tiv/Jukun crisis to return home and resume their normal activities, saying peace has returned to the area.

Ishaku made the call while laying the foundation of a Military and Police base at the Chonku village.

He said that the State Government would establish a security base on the border between Taraba and Benue.

He said the security base would provide security to the village which shared a common border with Benue.

The governor said it was very unfortunate that the two border communities had continued to engage themselves in violent clashes instead of living in peace.

He said his administration was doing its best to address insecurity and communal crisis in all parts of the state.

“I call on the good people of Chonku to please come back to your town and resume your normal activities,” he said.

“I want to assure you that adequate security will be provided to you by the military and the police to enable you to return home and go about your normal activities without fear of attack.

He said facilities such as healthcare centres, markets and boreholes would also be provided to improve their living conditions.

” Both Taraba and Benue states need peace and the people should be encouraged to coexist peacefully,” Ishaku said.

News Agency of Nigeria (NAN) reports that conflicts between the Jukun and Tiv ethnic groups had resulted to the razing down of the entire Chonku town earlier in the year, forcing the residents to flee to Wukari, headquarters of Wukari Local Government Area of the state.