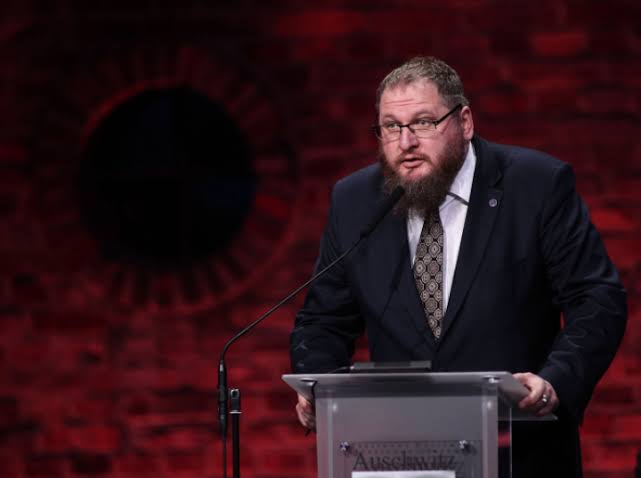 The director of Auschwitz Museum, Piotr Cywi?ski has written to President Buhari and asked him to pardon 13-year old Omar Farouq sentenced for 10 years imprisonment.

In a public statement, published on the organisation’s official Twitter page, the director says he could not remain indifferent to this disgraceful sentence for humanity.

He appealed to the president to consider the boy’s age and that as a minor, he could not fully comprehend the gravity of his actions

As the director of a Polish state museum built on a Nazi camp where “children were imprisoned and murdered, I cannot remain indifferent to this disgraceful sentence to humanity,” wrote Cywi?ski

“However, if it turns out that the words of this child absolutely require 120 months of imprisonment, and even if you are not able to change that, I suggest that in place of the child, 120 adult volunteers from all over the world, gathered by us — myself personally among them — should each serve a month in a Nigerian prison,” Cywi?ski wrote. “In total, the price for the child’s transgression will be the same, and we will avoid the worst.”

If the request is granted, Cywi?ski pledged to finance the “proper education” of the boy, he wrote to President Muhammadu Buhari.

A Kano Sharia court sentenced the 13-year-old boy, Farouq to 10 years in prison for blasphemy in August. He was convicted by the same judge who sentenced a musician to death for blaspheming the Prophet Mohammed

“It also negates all core underlying principles of child rights and child justice that Nigeria and by implication, Kano State has signed on to,” Hakwins said.

A Sharia law court found Farouk guilty of using “disparaging language against Allah” while arguing with a friend. Farouk is among many others who have been tried under Sharia law.

Delta State AG and 136 other lawyers, shortlisted for rank of SAN