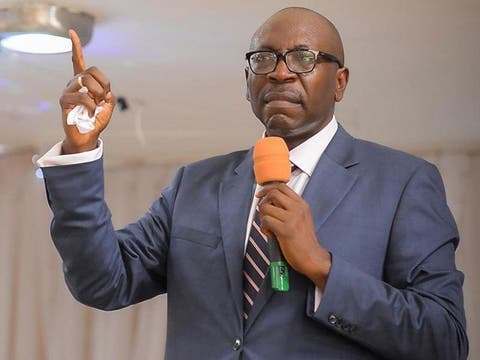 The Pastor Osagie Ize-Iyamu Campaign Organisation says media should perform due diligence in reporting events arising from Edo State, as unprofessionalism would render them as “tools for PDP.”

Reacting to claims that APC candidate, Pastor Osagie Ize-Iyamu appealed to Governor Godwin Obaseki to return to APC yesterday at a press conference in Abuja, the Director of Communication and Media of the Osagie Ize-Iyamu Campaign Organisation, Mr John Mayaki, said that nothing of such happened.

“We warned several times that the media should beware of fabrications from Obaseki and the PDP camp, but they did not listen.”

“Obaseki and the PDP has a way of leaking false news to the media and the media has to be sensitive and professional in receiving these news.” he said

Mayaki also said that there is a fake twitter account purporting to belong to Pastor Ize-Iyamu, which has been disseminating false information.

Independent National Electoral Commission(INEC) declared Godwin Obaseki the winner of the Edo State gubernatorial election in a keenly contested poll that saw Obaseki returned as the Governor of the state for a second term.