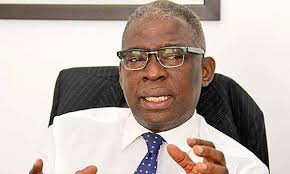 A former Lagos Commissioner of Justice, Olasupo Shasore (SAN), yesterday, explained his role in the $10 billion arbitral award procured by a British firm, P & ID, against Nigeria, which the Federal Government has argued was based on a corrupt and fraudulent contract. Reports had alleged that Shasore worked against Nigeria’s interest despite receiving $2 million fee.

But in a statement sent to NewsWireNGR last night, Shasore said: “In the last 24 hours, I have been urged to break my deliberate silence. My choice of silence has been the result of my own high sense of responsibility as well as my commitment to the professional duty, which I undertook in representing the Federal Government in this case.

“I am relieved that the corrupt and fraudulent foundation of this case is affirmed in the recent ruling, though I am disappointed that part of the case made for that result was a case against me based on demonstrably false statements, unfounded innuendos and spiteful personal attacks on my professional conduct and reputation.

“I was instructed in this matter and accepted the instructions on behalf of my firm and to the knowledge of my partners in late 2012 and I made every effort to defend and vindicate my client at every stage with very few tools and with minimal support from within the government itself. I represented Nigeria up until the liability stage in the arbitration.

“I did not represent Nigeria in the damages stage of the arbitration. Which means I was not involved when the huge sum of damages was awarded against Nigeria. The complete records will show the series of steps that I took to defend Nigeria and the several results, which I secured in that effort at various stages. None of these is consistent with the unfounded allegations that I failed to present the best available defense.

“With very little or no cooperation from relevant government officials at the time, I filed a jurisdiction objection that potentially could and should indeed have terminated the case in favour of Nigeria because it was clear to us from the beginning that the contract was a scheme against Nigeria.

“When the then Nigerian officials failed to supply documents or any witness to defend their case, I fought liability by enlisting the support of the legal adviser of NNPC who gave evidence to the best of his knowledge when everyone else with knowledge, refused to do so. I instructed the UK firm of Stephenson Harwood, a respected international arbitration team and a leading Barrister to attempt to set aside the award on liability in England. We overcame numerous hurdles and faced a hostile tribunal, which relied on the testimony of a principal witness who had died before the hearing and whose testimony should have been discounted.

“It is on record that I fought had for the tribunal to dispense with that evidence. I am happy that the falsity of that testimony has now been recorded in the High Court in England. Indeed this was the ground on which I took the matter to the Federal High Court in Nigeria, which was the proper seat of the arbitration and successfully obtained an order setting aside the liability award. There was no basis to proceed to the damages hearing since the liability had already been set aside by a court of competent jurisdiction.

“Indeed, Nigeria continues to rely on this order in the proceedings in the United States. In addition, I obtained an injunction restraining the parties and the tribunal from proceeding with the arbitration. Much issue has been made about the legal fees paid. This was payment to two law firms and not exceptional or unusual in the context of such a dispute. In fact, in order to extract the best possible, it was from these fees that expenses were paid to ensure attendance at hearings and meetings in the UK by witnesses for Nigeria. ” The case had blown open after P & ID took Nigeria to a UK tribunal accusing it of not fulfilling its part of the bargain on a gas project in Cross River State.

In July 2015, the arbitral tribunal found that Nigeria had repudiated its obligations under the project and that P & ID had been entitled to accept the repudiation and claim damages for breach. On December 23, 2015, the government asked for the award to be set aside.

Consequently, a commercial court in the UK awarded $8.9 billion (about N3.2 trillion) in favour of P & ID. In a twist last Friday, the Federal Government secured a judgment of a British court following its appeal to suspend the unfavourable ruling. The judgment, delivered by Ross Cranston, granted Nigeria’s appeal for a stay of execution of the awarded sum.