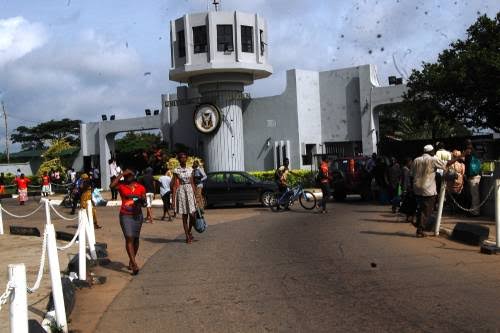 This was contained in the 2021 Times Higher Education World University Ranking released on Wednesday.

THE ranked UI, LASU, UNILAG as first, second, and third respectively in Nigeria.

The University of Oxford tops the rankings for the fifth consecutive year, while mainland China’s Tsinghua University becomes the first Asian university to break into the top 20 under the current methodology (launched in 2011).

The US claims a record eight places in the top 10, after the University of California, Berkeley, climbed six places to seventh, but US universities outside the top 200 show signs of decline.

There were 141 first-time entrants in the rankings this year, topped by France’s recently merged Paris-Saclay University (joint 178th).

India has the highest number of new entries (14) and as a result, boasts a record number of ranked institutions (63).

CU was ranked as Nigeria’s best university in THE’s 2020 report after usurping UI since 2018.

Reacting, LASU in a press statement said, “The latest ranking follows a consistent and meteoric rise in the local and international stock of the University in the last five years of the Prof. Olanrewaju Fagbohun-led administration, thanks to the entrenchment of academic excellence, a culture of cutting edge research and enhanced community service.”

“This year, UNILAG took a leap from the range in which it was ranked last year, 801–1,000, to a better range of 601–800. With continued dedication and hard work, the University aims to gradually advance to being ranked among the top 10 best universities across the globe.

“Congratulations to members of the University community for the great achievement. All are encouraged to continue contributing their quota to make the University of Lagos great,” UNILAG added on its website.

The ranking showed that over 1,500 universities across 93 countries and regions across the world featured in 2021 THE World University Rankings.