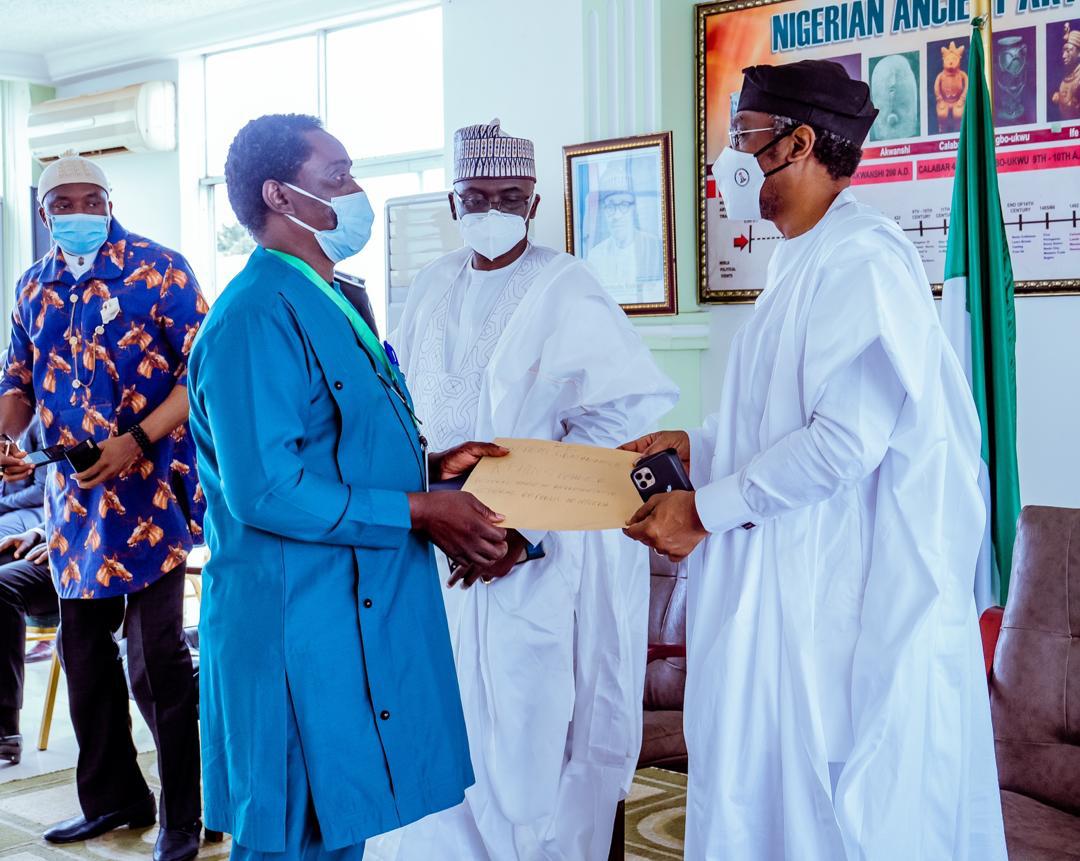 The Speaker of Nigeria’s House of Representatives, Femi Gbajabiamila, has called on the Ghanaian Authorities to revisit the component of the law that requires a capital base of $1 million for businesses owned by foreigners saying as Africans, Ghana should encourage brotherliness.

The Speaker’s call came during his bilateral meeting with Ghanaian lawmakers and some top Government officials as part of his ongoing “Legislative Diplomacy” in Accra to resolve the face-off between both countries. The Speaker advocated for an amicable settlement of trade disputes through arbitration and fair judicial processes.

Gbajabiamila also said he would be glad to champion a law to improve the bilateral trade relations between Nigeria and Ghana, noting that citizens of both countries remain brothers and sisters.

He noted that it is the sovereign right of the Government of Ghana to pass and implement the GIPC Act but called on it to explore alternative and less aggressive options of engaging, sanctioning and relating with traders and business people who operate in the country, pay taxes and contribute to the development of Ghana and Nigeria.

The Speaker said by virtue of being ECOWAS member-countries, Ghana and Nigeria and their citizens should be able to live, work and thrive in both countries without any form of hindrance or discrimination.

Gbajabiamila advised that both countries explore how the principles and the application of ECOWAS protocols which they are both signatories to may perhaps conflict with the application of the GIPC Act, especially vis-à-vis the recent adoption of the African Continental Free Trade Agreement, ACfTA by African nations and also the movement towards a single currency in the West African subregion.

The House Speaker noted that the relationship between Nigeria and Ghana is one of the most important in Africa especially at a time the world is battling the Covid-19 pandemic and the economic impacts and the pressures on public coffers “and service delivery systems are weighing heavily. He stressed that it is not a time for conflict and disagreements, but a time for partnership and solidarity.

Gbajabiamila added that the escalation of the tensions between the citizens of both countries is nothing to be proud of by anyone as he cautioned against utterances and actions inorder not to fan the flames of conflict and confrontation.

The Ghanaian Minister of Trade and Industry, Alan Kyeremateng explained that the incidents that occurred where some shops were locked up must have risen out of situations where there were clear abuses of the application of the country’s laws. He assured that those operating lawfully would not be disturbed.

Kyeremateng requested that a strong warning be sent to everyone engaged in retail trading to stay within the laid down rules and regulations until further considerations are made in the Ghanaian statute books as he stressed that indigenous traders are themselves required to respect the laws of the land and it will be discriminatory for the Ghanian Authorities to require her citizens to respect the same laws and not require foreigners to do same.

16-year-old boy identified as Sadiqu Daura, confined to a cage for four years by his father