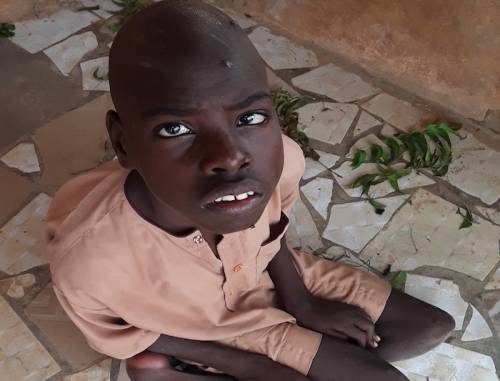 Anon-governmental organisation, Save the Children International, has rescued a 16-year-old boy identified as Sadiqu Daura, who was confined to a cage for four years by his father, Salisu Umar Daura, at his house in Daura, Katsina State.

It was gathered hat Sadiqu’s predicament started when he lost his mother six years ago.

Being physically challenged, he was then taken to his paternal grandmother, who also died shortly thereafter.

Sadiqu was thereafter brought back to his father’s house and was put inside a cage as a result of his condition.

He was fed like a dog during the period until last week when SCI intervened and reported the matter to the police.

According to an SCI agent in Daura, Aminu Gambo, Salisu told the police that he decided to put the boy in a cage because there was no longer space for him in the two-room apartment housing the entire family of 15 including his 12 other children.

“He was detained at the police station in Daura for a day and then moved to the police headquarters in Katsina and later released on the condition that he will no longer subject the boy to such inhuman treatment.

“SCI is working to see how it can accommodate Sadiku under its Reaching and Empowering Adolescents to make informed choices for their health programme being implemented in Zamfara, Katsina and Gombe states,” he said.