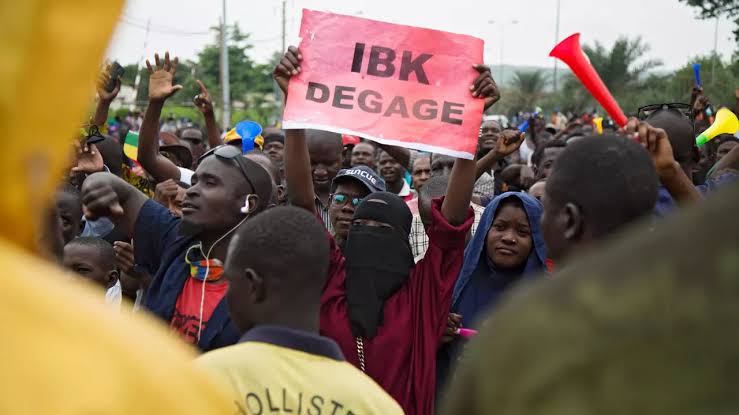 Malians took to the streets in the capital Bamako on Tuesday, despite rainfall and pleas from mediators to stay home, to demand the resignation of President Ibrahim Boubacar Keita.

“We want real change in Mali, IBK get out,” read one banner, using the acronym by which Keita is known.

Other people carried umbrellas against the rain and toted signs, also calling for the prime minister’s resignation.

After the crowd sang the national anthem, prominent opposition leader Choguel Maiga said: “We will continue our fight until the end of IBK and of his regime.”

Mahmoud Dicko, a Saudi-trained imam viewed as the opposition’s figurehead, told protesters: “This combat is to restore the Malian nation”.

“If IBK doesn’t listen to us, he will see. I swear before God that he will see. But if we don’t rush, we will win this victory,” he said