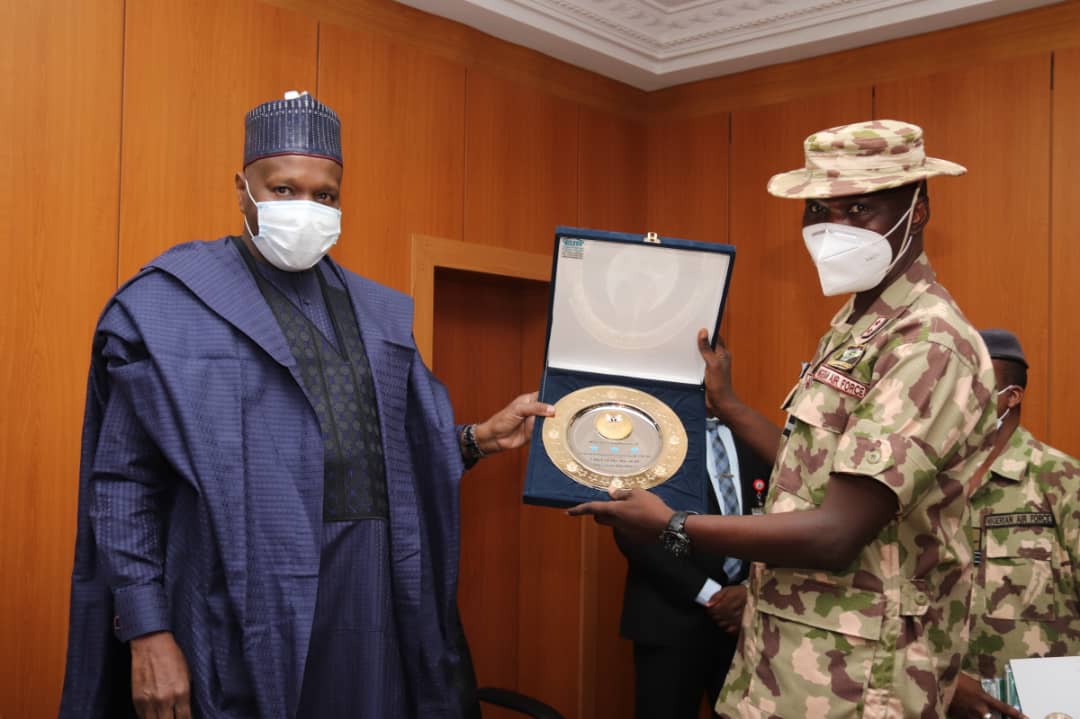 The Nigerian Air Force, NAF, is to establish Operational Base in Gombe, to facilitate swifter response in its counter insurgency operations in the North East.

To make it a reality, the Gombe State Governor, Alhaji Muhammadu Yahaya, has offered the NAF 230 hectares of land near Gombe airport along Gombe-Bauchi road for the establishment of Forward Operational Base, FOB.

Governor Yahaya also approved a space at the Gombe airport for the smooth take off of a full fledged base that would enhance NAF’s response capability in combating insurgency and other security threats.

He made this known when he received a delegation of Senior officers from the Nigerian Air Force Headquarters, led by Air Vice Marshal Idi Lubo, who was in the state at the instance of Chief of the Air Staff, Air Marshal Sadiq Abubakar.

The Governor said; ”the establishment of the NAF FOB in Gombe State, being the centre of the troubled North East, would boost security in the state and stability in the region as a whole.”

He thanked the Chief of the Air staff for considering Gombe to host the NAF FOB,  describing the move as strategic in view of the centrality of Gombe in the North East sub-region and the peaceful atmosphere in the state.

“You all know that we existed as one in the North Eastern days and we share boundaries with all the five other states in the region- Borno, Yobe, Adamawa, Bauchi and Taraba states, so this centrality places us at an advantage,” Governor Yahaya said.

He stated that Gombe was pleased to host individuals who seek refuge in the State, but canvassed for more support from Federal Agencies to address some of the inherent challenges, while describing the establishment of the FOB as ‘a step in that direction.

Strategic location
The leader of the delegation, Air Vice Marshal Lubo said the choice of Gombe as a NAF FOB was informed by the strategic location of the state in the North East and the availability of a suitable airport.

He said the FOB, when established, would boost security and ensure stability in the zone.

“The NAF FOB will facilitate the country’s overall efforts to address the menace of the Boko Haram insurgency in the North East in general and enhance security in Gombe state in particular,” he stated.

Lubo said his counter terrorism experience in Borno State had made him to understand that the people were left behind in terms of physical and human capital development.

“There is a strong correlation between underdevelopment and conflict of whatever sort,” he said.

Lubo however observed that Gombe was lucky to have an administration that was keen and passionate for the socio-economic development of its people.

Highlight of the visit was the presentation of the title document of the 230 hectares of land allocated by the Governor for the project.