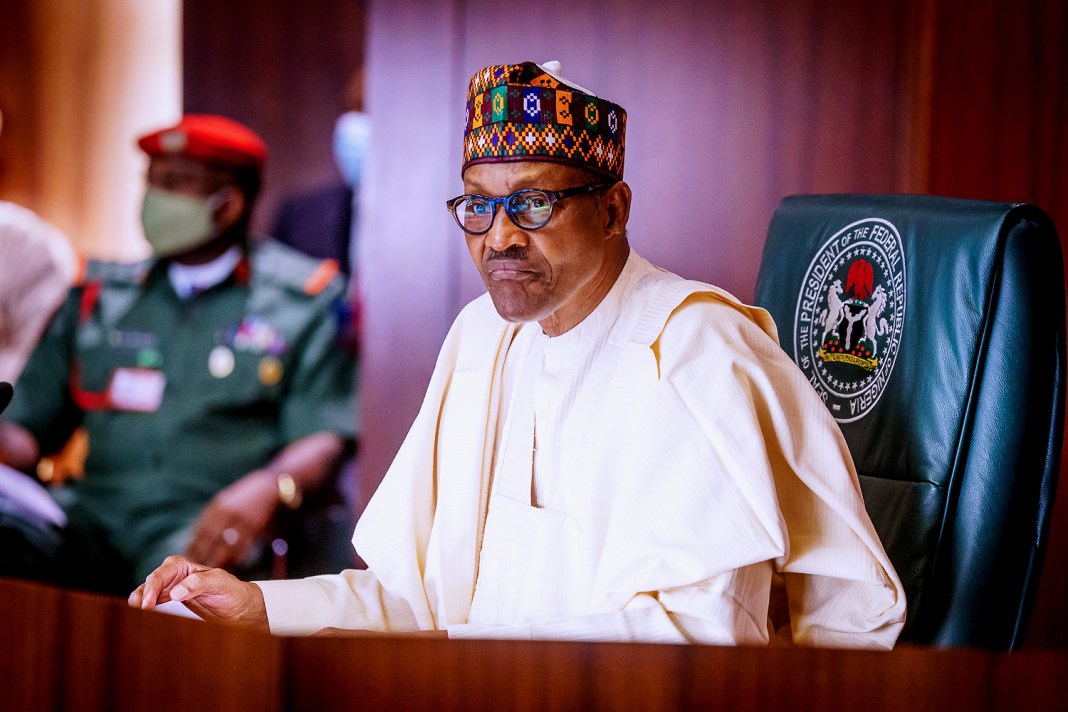 President Muhammadu Buhari has directed the military and all security agencies in the country to rejig their strategies in order to address security challenges confronting some parts of the country.

The President gave the directive on Tuesday, at the National Security Council meeting held at the Council Chambers of the Presidential Villa, Abuja.

He said: “The President said to the Service Chiefs you are doing your best as far as I am concerned but there is still a lot more to be done. I am more concerned about the promise we made to the larger Nigerian society and I am ordering an immediate re-engineering of the entire security apparatus.”

“He has also directed that we must rejig our strategies both in terms of operations and intelligence; we must rejig our strategy to prevent further catastrophe. That we must bear in mind that we owe a duty that elected his government and at the end of the day, without securing the nation, all other things like revamping the economy and fighting corruption cannot be addressed.”

The NSA told Journalists that following the marching orders given by the President to Service Chiefs and heads of security agencies, the office of the Minister of Defence is working out a plan that will help ameliorate the security situation in the country.

“Based on the marching orders given to us by the President form the last time till now, basically, these are operational matters that are best dealt with by the Minister of Defence.

“I know there is something he is working on which has led to this meeting being delayed slightly because it was actually supposed to take place before the Sallah break but I think one or two things have come up which I don’t want to disclose but I want Nigerians to be comfortable that something is being done since the last marching order,” he affirmed.

Monguno also said the meeting resolved that drugs have a major link with crime and killings in the country and so something must be done fast, to address the situation.

“This is the third National Security Council meeting we have had this year and today’s meeting focused on the problem of drug trafficking and drug addiction in Nigeria, as contained in two memos that I presented to the council.

“We considered the wide spread use of these substances and their dangerous impact on our socio-economic situation. I also briefed on the security situation in the North-Wes and North-Central, looking at kidnapping and banditry in killing of innocent people. The Service Chiefs and Inspector General of Police also gave their various synopsis on what their outfits are doing on the matter.

“For the issue of drug trafficking and abuse of same, I told the council that this has taken a worrisome dimension because Nigeria’s perception in the drug trafficking index has changed from the status of a transit hub to a production centre,” he explained.

Major Concern
According to him, the use of drugs is a major concern to security operatives in the country because of the destruction it causes to the social fabric and economy of the nation.

He said: “There is hardly any violent crime today in Nigeria that is not propelled by the use of these hard substances, which have been coming in form all nooks and crannies.

“What is worrisome is that the reports we received form the Chairman of the National Drugs Law Enforcement Agency, NDLEA, show that the numbers keep increasing and despite the closure of orders, we are still having to contend with the influx of these drugs.

“The problem hers is that the reckless use of these substances is directly linked to the insecurity we are confronted with.”

”Unless there are concerted efforts to deal with the problem, it will persist and government is determined to bring it to an end, especially the bad eggs among the security agencies aiding the sale and use of drugs, would be fished out and punished, as part of solutions to the problem,” Monguno stressed.

He announced that 17 factories producing dangerous drugs were discovered between 2011 and 2019 within the country and they have since been closed down.

Nigerian Air Force to establish operational base in Gombe