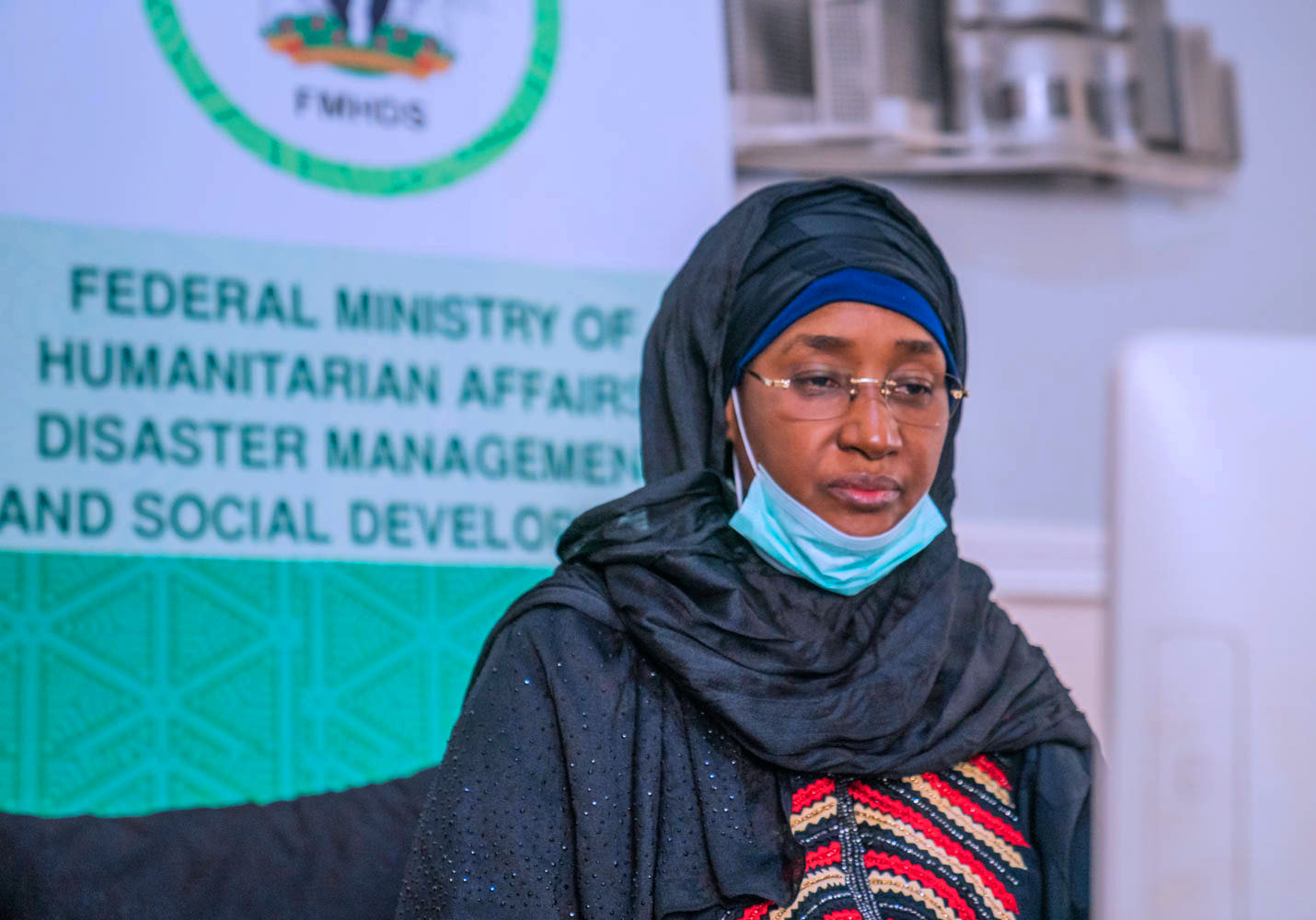 The Minister of Humanitarian Affairs, Disaster Management and Social Development, Sadiya Umar Farouq has responded to reports of money spent daily on the provision of take home rations under the modified Home Grown School Feeding programme.

The Honourable Minister made the clarifications while speaking on Monday at the press briefing of the Presidential Task Force.

“In recent days, there have been rumours and innuendos and speculations around one of our key interventions; the Home Grown School Feeding Programme which was modified and implemented in three states following a March 29th Presidential directive.”

The minister then went ahead to explain the rationale behind the modified home grown school feeding programme, the process of engagement and how it was funded.

“The provision of Take Home rations under the modified Home Grown School Feeding Programme was not a SOLE initiative of the federal Ministry of Humanitarian Affairs, Disaster Management and Social Development. The ministry in obeying the Presidential directive went into consultations with state governments through the Nigeria Governors’ Forum following which it was resolved that Take Home Rations remained the most viable option for feeding children during the lock down. So, it was a joint resolution of the ministry and the state governments to give out Take Home Rations and the stakeholders also resolved that we would start with the FCT, Lagos and Ogun states as pilot cases.

Each Take Home Ration is valued at N4,200 and that figure was not arrived at without proper consultation. It was not invented. According to statistics from the NBS and CBN, a typical household in Nigeria has 5.6 to 6 members in its household, with 3 to 4 regarded as dependent and so each household is assumed to have 3 children. Now based on the original design of the Home Grown School Feeding Programme long before it was domiciled in the ministry, every child on the programme receives a meal a day. The meal costs N70 per child. When you take 20 school days per month it means a child eats food worth N1,400 per month. 3 children would then eat food worth N4,200 per month. That was how we arrived at the cost of the Take Home Ration.”

Speaking further, Sadiya Umar Farouq, noted that the programme has launched in only two states; Lagos and Ogun plus the FCT.

While noting that her ministry will not be deterred from fulfilling its mandate also pointed out that very few government programmes have received “such high level of self-imposed scrutiny” with the EFCC, CCB, ICPC, DSS and a host of NGOs invited to monitor the home grown school feeding programme.

Related Topics:Sadiya Farouq
Up Next