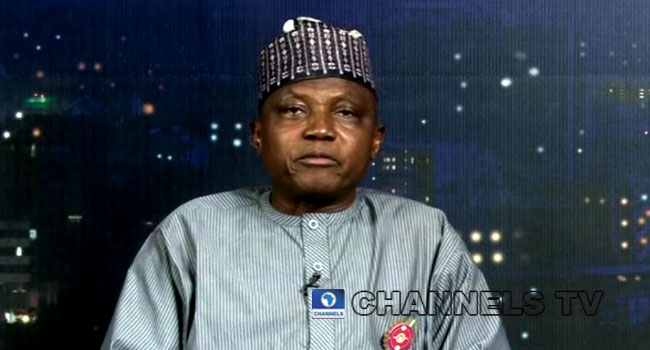 The presidency has reacted to the  planned protest by the Trade Union Congress (TUC), describing  as ill-advised.

Leadership of TUC had said it was going to mobilize a nationwide protest against the ongoing revelation of corruption in the Niger Delta Development Commission (NDDC), hike in electricity tariff, Value Added Tax (VAT), and  hike in pump price of Premium Motor Spirit (PMS) also known as petrol by the Buhari’s administration.

In a statement on Monday,Garba Shehu, Senior Special Assistant to the President on Media and Publicity, asked the TUC to partner the president against corruption instead of stampeding him.

“The reported plan by the Trade Union Congress to embark on a nationwide protest over the alleged President Buhari’s “inaction over the high-level of corruption uncovered at the Niger Delta Development Commission , the Nigeria Social Insurance Trust Fund (NSITF) and the Economic and Financial Crimes Commission (EFCC)” is ill-advised and totally uncalled for, considering that there are ongoing investigations in the cases by both the Executive and Legislative arms of government,” Shehu said.

He said staging a protest in a matter that is still under investigation by both the National Assembly and the Executive arm of government is uncalled for, noting that  it is against democratic laws to seek action against offenders without due and “proper investigation, trial and conviction.”

According to the presidential spokesperson, all the processes must be allowed to run their full courses, adding that, “It is against the norm in a democratic society as well as the natural laws of justice to seek “action,” meaning punishment against offenders before proper investigation, trial and conviction.”

He further said that while the TUC should voice its concerns against corruption, it should also look at its impact on the social and economic life of the country.

“The President has made it clear that the allegations that have surfaced clearly “constitute a breach of trust” and as the investigations take hold and close out, all those found wanting will face the wrath of the law,” Shehu said.

“The TUC, as an enlightened group of labour Unionists, should indeed voice their indignation whenever such acts are being unearthed.”

Shehu said that the expectation will be for the Congress to also raise the bar higher, in terms of the debate concerning the impact of such allegations on government’s ability, to create and retain employment, attract investment, improve the living conditions of its members and citizens, and how a preponderance of these heinous crimes decimates any gains being made in other spheres.

He noted that the world is confronted with a global public health crisis, decline in economic growth, and expanding areas of conflict by non-state actors.

“All these ills in their singular or combined form are consuming every nation. Nigeria is no exception; we must hold the line and lock arms that way we rid ourselves of these existential issues whilst we grapple with those that are our own homegrown problems.

“This administration is committed to doing just that, and organizations like the TUC should be extending a hand in supporting such a fight that is in our collective interest,” he said