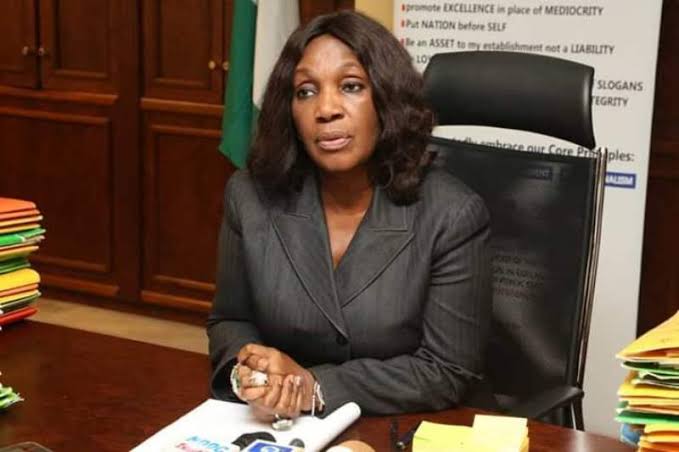 Dozens of policemen have been reported circling the House of Joy Nunieh, the former MD of NDDC, who is scheduled to testify before a House of Reps panel today as part of the ongoing probe of NDDC.

According to Journalist Fisayo Soyombo, The policemen arrived at Nunieh’s residence at 3 Owuru Creek View, off Herbert Macaulay Street, Old GRA, Port Harcourt, at about 4am

In an interview with Arise TV on Monday, July 13, Nunieh said she slapped Akpabio in his Abuja home for allegedly sexually harassing her.

The former NDDC boss further alleged that she was pressured by the minister to take an oath of allegiance, which she declined, thereby further souring their official relationship.

Arise TV news, where Ms Nunieh had shared her experiences with Godwill Akpabio in an earlier interview, also confirmed the report via their official Twitter account

Related Topics:Jou Nunieh
Up Next