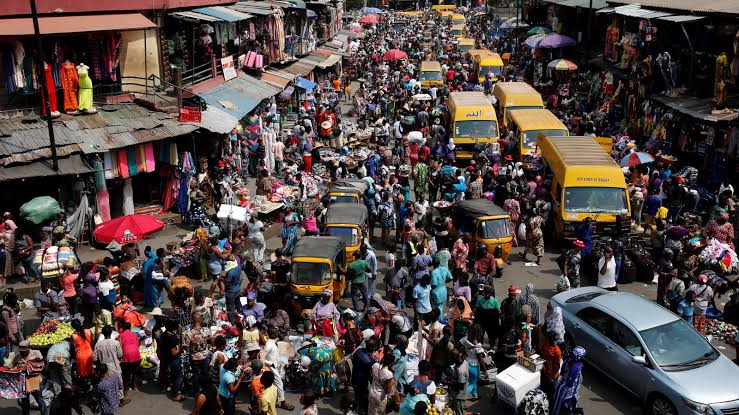 The population of Nigeria has continuously witnessed steady changes in size, geographic distribution, and ethnic composition over the years. It is best to refer to the Nigeria population as a strictly increasing population.  As the population continues to grow unhindered, Pressure mounts on public infrastructures, such as schools, roads, hospitals, power supplies, etc. Without concerted effort to deal with the nation’s population growth, it’s a matter of time before all the public infrastructures crumble.

In 1969, Nigeria’s population was estimated at 54.7m people, while it has now increased to 201m in 2019. According to UNFPA, Nigerians within the age group of 15-64years takes the highest proportion by age category, claiming about 54% of the total population. This age group represents Nigeria’s working population.

A huge population should be advantageous to the country in terms of the sheer size of its domestic market, increased productivity through improvement in the ratio of labour force to the population as well as enhancement of its political and military power. However, in the case of Nigeria, where development is stunted, high population appear more like a curse.

The British High Commissioner to Nigeria, Paul Arkwright says that Nigeria’s population growth could pose a security risk if it is unchecked. Although, he recognises the talk around demographic dividend and the explosive growth in Nigeria’s population when he noted that it might turn out to be a demographic disaster. In fact, he was quoted to say that “the biggest threat for Nigeria is around the demographic.” as reported by the Guardian Newspaper.

The above report by StatiSense shows that Nigeria has a young population which has a demographic boom that comes with both opportunities and challenges. Emerging countries with young populations should be able to see a rise in economic growth; however, the demographic dividend is dependent on the provision of sufficient jobs for the Nigeria growing working population and the ability of workers to meet the demands of the labour market.

For the purpose of clarity, the demographic dividend is simply the economic growth potential that can result from shifts in a population’s age structure, mainly, when the share of the working-age group (15-64) is larger than the non-working age group share of the population (14 and younger and 65 and above).

The efforts of the Nigeria governments to feed her peoples and also provide quality social services for them are being frustrated by rapid population growth and majorly on corruption. While I might not want to discuss more on the politics of population and corruption as seen in Nigeria and some states, I will just focus on the need why we need to check the rate our population is increasing.

My main aim for this article is to point out the very need why we should advocate and control our population growth. When it is noted that the high fertility rate of the Nigeria people are resource-constrained with low levels of social and economic development, it becomes obvious why we must accept responsibility to control the growth of our populations through the endorsement of family planning programmes mapped out at various international conferences organized by the United NationsVictor Ejechi is the Media and Communications Lead at StatiSense Consult and can be reached via Twitter @victorejechi

Cheta Nwanze: Let Magu be, Nigeria is a country where irony comes to die

Fredrick Nwabufo: What happened to the $2.1bn arms probe against Dasuki?