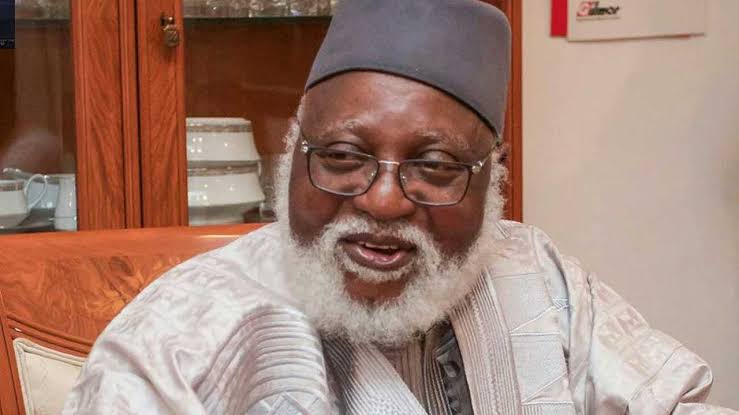 Former Head of State, Gen. Abdulsalami Abubakar, has denunked newspaper reports that his house was searched by the Economic and Financial Crimes Commission on the instruction of the currently embattled Magu.

In a press statement made available to NewsWireNGR, Abubakar said his house has never been searched by the EFCC or any security agency.

According to the statement, sometime in 2017 operatives of the Commission from Kano zone came to Minna to search a house in Tunga. The team ended up at His Excellency’s Guest House in Minna and told the security officers on duty that they had instructions from their zonal head to search the property.

The officers said since the numbering of houses in Tunga was haphazard, it must be a case of mistaken identity. When CP Magu was contacted, he said he was not aware of the operation. Thereafter, the EFCC team from Kano left. His Excellency’s understanding is that they realised they came to the wrong address. However, no search was conducted in the guest house.

The former Head of state also said he feels the need to clarify things due to the ongoing reports insinuating his role in Magu’s case.