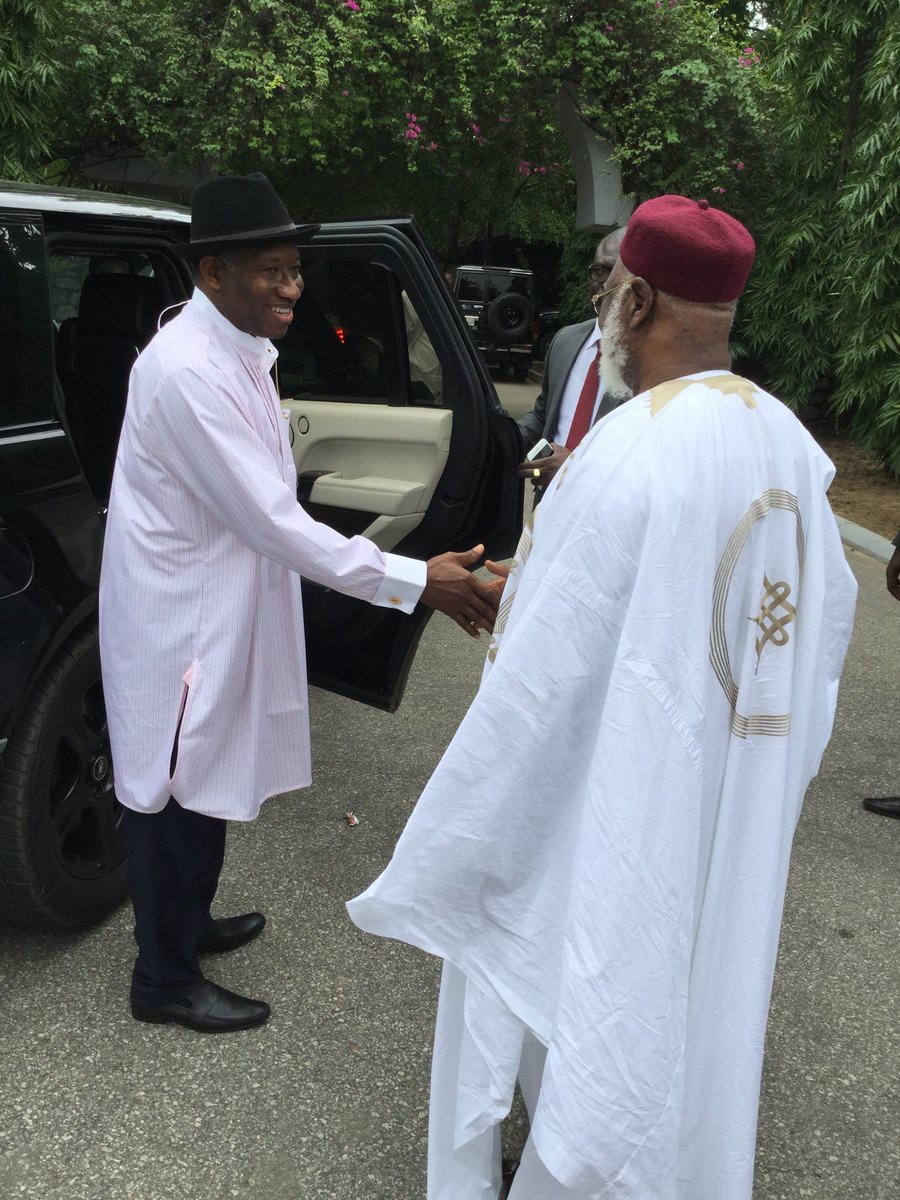 Jonathan was accompanied on the trip by his former Chief of Staff, Chief Mike Oghiadomhe. He met with the retired former Heads of State behind closed doors.

Details of the meetings were scarce at the time of this report, but it was believed that the visit could be in the spirit of the Eid-el-Kabir.

As I visit my elder brothers and predecessors today, I am further committed to building bonds of unity for Nigeria! pic.twitter.com/CTOc1yhYbg