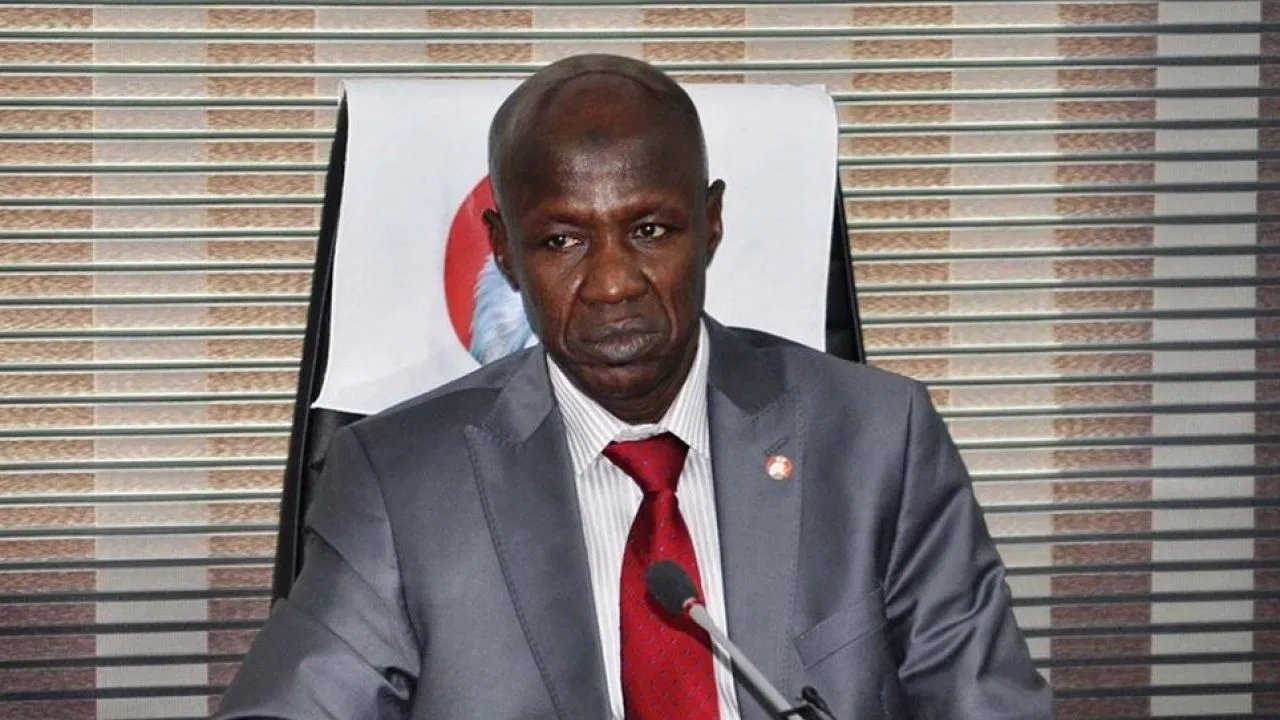 Acting Chairman of the Economic and Financial Crimes Commission, EFCC, Ibrahim Magu of has been suspended.

A presidential panel set up by President Muhammadu Buhari on Monday grilled the acting Chairman of the Economic and Financial Crimes Commission, Ibrahim Magu, for six hours at the Presidential Villa, Abuja

The panel, which was inaugurated about a week ago, interrogated Magu at the old Banquet Hall of the Presidential Villa, Abuja, after he was whisked to the venue by armed operatives of the Department of State Services.

A source close to the presidency told BBC hausa that Magu has now been suspended pending when a decision will be taken on him.

Magu’s problems started with a memo by Abubakar Malami, attorney-general of the federation (AGF), in which the suspended anti-graft czar was accused of grave malfeasance.

He was alleged to have mishandled the recovered loot and was selling seized assets to associates. He was also alleged to have refused to subject himself to the supervision of the office of the attorney-general.