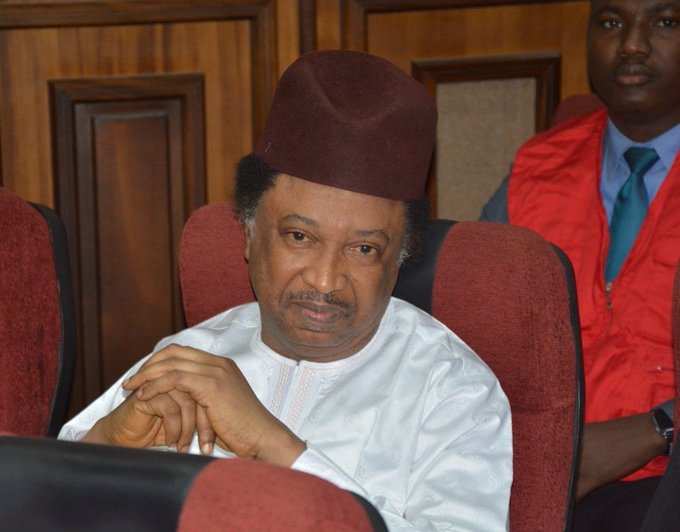 Chairman of ASD Motors, Sani Dauda, who is also a witness for the Economic and Financial Crimes Commission, has told the Federal High Court sitting in Abuja that he did not give $25,000 as bribe to Senator Shehu Sani to give the Chief Justice of Nigeria and EFCC Chairman.

Dauda, who testified on a two-count charge bordering on alleged bribery against Shehu Sani on Tuesday in Abuja, told the court that he personally took the money to the anti-graft agency because he was forced by the commission.

He said he told the commission that Sani had returned his money to him but the investigators insisted that he (Dauda) must bring the money.

The prosecution witness added that nobody was there when Sani collected and returned the money.

When asked if he was aware that offering bribes was an offence in the country, the witness admitted that he was aware but insisted that he did not give the money to him as a bribe.

He said, “When I went to EFCC, they said that I should bring the money but I said no, that it was my money and Sani had returned my money. But EFCC forced me to bring the $25,000.

“EFCC did not recover that money from Shehu Sani, I took it there by myself.”

He added that nobody was there as a witness when he gave out the money to Sani and when he returned the money but insisted that people only saw him with brown envelope.

Meanwhile the defence counsel, Abdullahi Ibrahim, sought the permission of the court to tender a document containing a proforma invoice of $17,500 with a bank account of ASD Motors for the purchase of a Peugeot 508.

The witness also confirmed the documents and signature as his own when he was confronted with the evidence.

The court therefore admitted the documents as exhibit.

There was a little drama when the prosecution counsel, Abba Mohammed, attempted to interject the defence counsel during the cross examination but was overruled by the presiding judge, Justice Iyang Ekwo.

Mohammed also made efforts to put words into the witness’ mouth in the course of the proceedings but was cautioned by the court.

A new interpreter (Memuna Abdullahi Bulama) was also brought to court following the disagreement that ensued between the witness and interpreter on Monday.

The judge therefore adjourned the case until Wednesday, July 8, for continuation of trial.

Sani is standing trial for alleged name-dropping and obtaining a total sum of $25,000 by trick from Dauda to save him from a criminal investigation by the EFCC.