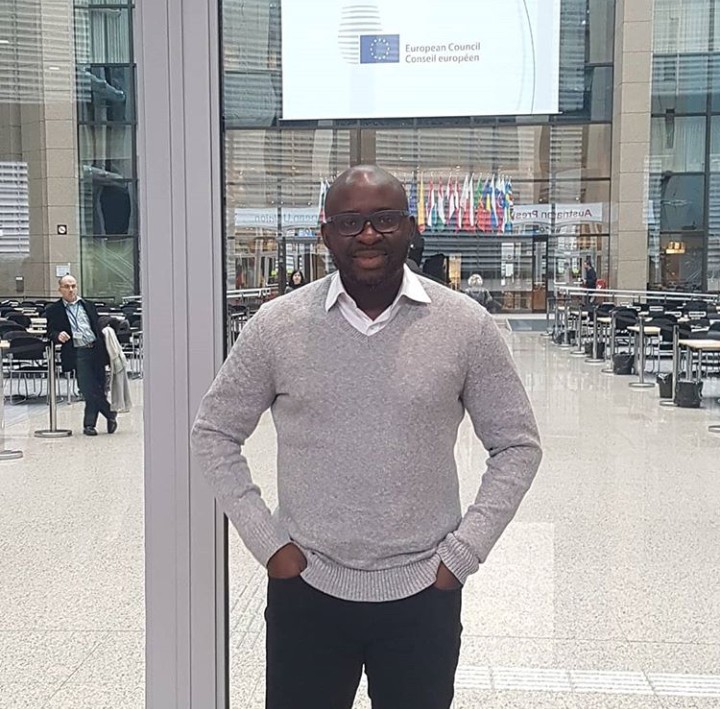 Vera Uwaila Omozuwa, a 22-year-old microbiology student of the University of Benin was brutally raped and murdered in May 2020. The horror of her attack sent the whole country into an outrage. The images of her battered body became a gruesome testament to the depravity of her attacker(s) and the horrid experiences women are going through in Nigeria. Uwa’s murder triggered an unprecedented momentum for the fight against sexual and gender-based violence (SGBV). There have been 717 rape cases reported in Nigeria from January to May 2020 according to the Nigeria Police. Between the date of Uwa’s murder and the month of July, more than 154 women and children were raped and some of them killed. Cases of rape of minors and sometimes by fathers against their daughters became an abominable daily refrain .

Understandably, the pandemic of sexual violence forced reactions by key Institutions of government. The National Assembly on 7th June 2020 declared a state of emergency on sexual and gender-based violence. On the 12th of June, Democracy Day, President Buhari reiterated his government’s commitment to tackle gender based violence. The Nigeria Governors’ Forum committed its members to pass the Child’s Rights Law and the Violence Against Persons Law. Not wanting to be outdone, the Nigerian police followed with a raft of new operational policies to improve their response and prosecution of SGBV. Before these developments, the National Human Rights Commission through its newly strengthened Gender Unit had started special programs on SGBV in Nigeria. It was indeed a season of government outrage and promises. CSOs, who had been the lone voices calling attention and providing support to survivors of SGBV in Nigeria also upped the ante in responding to SGBV.

While these actions are welcome, like everything Nigerian, this winter of outrage can easily morph into a summer of convenient amnesia and business as usual. We cannot let that happen! The unfortunate events in recent months provide us with an unprecedented opportunity to build on the public mood to ensure that an enduring system for protecting women and children against sexual and domestic violence. It is not going to be easy but with strategic collaboration and consistent engagement, this is possible.

Effective SGBV response needs to be built around three pillars- Prevention, accountability and support. We need to make effort to prevent SGBV. When it happens, we must ensure accountability and there must also be support system for survivors to ensure justice and healing. These three elements are equally important and only a holistic strategy encompassing their various elements will help us move the needle. We need a National Response Plan to SGBV which should be an overarching national strategy that provides the needed framework, signposts and target for confronting this unfortunate pandemic.  This strategy should be built on a comprehensive SGBV infrastructure audit. Baseline studies should identify existing policies, conventions, laws, institutions, projects and group that have relevance to SGBV in Nigeria. This process has to be owned by the Nigerian government and not pawned off to funders. It should be a clear demonstration of the government’s commitment. By knowing where we are, it will be easier for the government to make a case for the support it needs.

In the interim, we need to focus on the quick wins in front of us. The commitment of the Nigeria Governors’ Forum NGF to pass the relevant legislation provides a solid starting point to creating a mechanism of prevention and accountability that helps our cause. More than a month after the commitment by the  NGF, only 14 states have passed the VAP law and 25 have passed the Child Rights Law. NGF and indeed Nigerians need to call out the states who have not passed these laws. But beyond passing the laws, the framework which the law creates must be resourced. We have never been a country lacking in legislations. We just do not concern ourselves with implementing them. We must make it difficult for states to renege on this commitment. The Federal government must consider some incentives to encourage states to do the right thing.

A Special SGBV support fund should be created at the Federal Level to help in providing support to survivors. The Legal Aid Act in Section 9, provides for a Legal Aid Fund to support indigent Nigerians caught up in the legal system. This fund should be quickly established and a significant portion of it dedicated to SGBV survivors. Through this Fund, the federal government can also incentivize the states in establishing Sexual Assault Referral Centers.

A deliberate policy of support must also accommodate the peculiar needs of survivors. It should be possible for any survivor of SGBV in Nigeria to walk into any hospital and get treatment and also preserve forensic evidence. Through the federal and state ministries of health, this protocol can be established. The SGBV support fund can be deployed to pay claims from the hospital within specific safeguards and procedures. This way, the perennial loss of evidence or inadequate care that has been the lot of many survivors will be addressed. This will also encourage survivors to come forward.

Another important reform that needs to happen now is the establishment of national SGBV response protocols for all the law enforcement agencies in Nigeria. This will require some inter-agency collaboration but a process that can be led by the National Human Rights Commission. There has to be a minimum standard of response that is expected of any agency of government that is confronted with SGBV case. This protocol must provide for physical protection of survivors, access to medical care, management of evidence amongst others. These standards will not only protect survivors but also provide a roadmap for agencies who are often at loss about what to do with survivors. Similar operational regulations must also be adapted for NGOs working on SGBV. There must be some standard of care that operates across the board and helps with the maximum protection of survivors.

Most survivors of SGBV are often in a disadvantaged relationship with their abusers. This toxic dependency makes it difficult for survivors to escape their environment. They are reliant on their abusers for livelihood. While existing legislation has not adequately addressed this existential reality, government policies can address this by ensuring a solid mechanism for livelihood support to survivors. This is a collaborative effort that can be led by the State but incorporating the private sector, NGOs, and credible religious institution. Frontline defenders working on SGBV issues should be treated as essential workers with adequate protection. Without resourcing and focusing on an enduring support system for survivors and frontline workers, we will only contribute to entrenching the culture of silence where survivors never come forward.

We need more than just reforms. We need to change minds. The toxic culture of masculinity and inequality sustains the narrative that the stronger can always take whatever they want even when it comes to the human body. Cultural, religious and social narratives embolden the reckless behavior of men when it comes to the treatment of women. This power imbalance is so ingrained in our daily lives that a lot of women accept the subjugation and abuse they suffer in the hands of men. A lot of men fail to see the folly of their action and often feel entitled to their foolishness. This has to stop. The gradual task of changing mindset, building a new crop of men and empowering women to have a voice and fist must be embraced with the urgency it deserves. Nobody should be in doubt where our values are when it comes to women. We should utilize every available institution- family, schools, religious houses, media, social media and sports to create a new narrative of respect of women and children. No nation can ever be great if women and children are an endangered specie or easy prey for toxic masculinity. We have serially failed our women and children in this country. We now have an opportunity to make amends. Uwa’s blood is a silent scream for help. Let her martyrdom count for something.

Udo heads the Nigeria Office of the Open Society for West Africa OSIWA. He tweets as @udoilo

Nigeria’s continuous battle with married women and ‘state of origin’