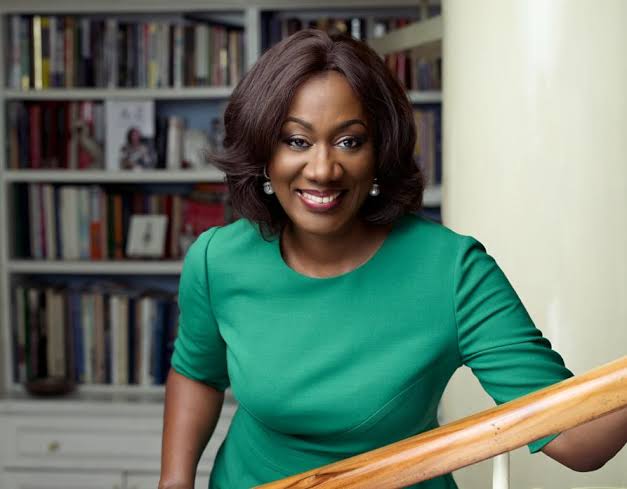 Societies that have evolved ansciousness that does away with outdated ideas of gender, whether those attitudes are religious or historical, concomitantly create other sophisticated concepts that result in social progression.

But insistence on rigid gender roles even as the ground beneath our feet is shifting, is one of the ways the society holds back everyone. In spite of the constitutional provision on human rights and fundamental freedoms, many women have inadvertently found themselves under the bondage of social inequalities and discrimination in the family, community and workplace.

For the most part, our sense of right and wrong is mediated by primal sentiments and stereotypes such as religion, ethnicity, tradition, culture, religion, political philosophy and beliefs detrimental to, especially, married women.

This belief system has raised fundamental questions bordering on indigeneship by birth or by marriage. There are examples of the jeopardy that some married women have suffered on account of their state of origin and state of marriage more particularly with regard to political appointments and other leadership positions.

The basis of belonging to the Nigerian state is citizenship. Unfortunately, the basis for sharing the “national cake” is indigeneship, an ephemeral concept which works against the highly mobile nature of the human being.

The trigger for this would appear to be what has played out in some states of the federation. In 2012, the then Chief Justice of Nigeria, Justice Aloma Muktar, declined to swear in Hon. Ifeoma Jumbo-Ofo as Justice of the Court of Appeal on the basis of her state of origin despite the intervention of the National Judicial Commission (NJC). Justice Jombo-Ofo hails from Anambra state and had served in the Abia state judiciary for 14 years where her husband hails from.

A similar scenario played out in Cross River State where the NJC interviewed two judges; Justice Akon Ikpeme and Justice Maurice Eneji, for the post of Chief Judge of the state. After the interview, the verdict was that Justice Akon Ikpeme was the preferred candidate while Justice Eneji was the reserve candidate. At the end of the day, Justice Ikpeme was sworn in in acting capacity.

But as a result of primordial sentiments, her confirmation as substantive Chief Judge was said to have been declined by the Cross River State House of Assembly on the grounds that she could become a ‘security risk’ to the state because of her ties with Akwa Ibom state. This was coming three months after Justice Ikpeme served as Chief Judge in acting capacity in Cross River state. This situation generated controversy among the Nigerian Bar Association (NBA) and the International Federation of Women Lawyers (FIDA) Nigeria. Both associations insisted on swearing in Justice Ikpeme.

The same fate befell Justice Patricia Mahmoud. Her appointment as the Acting Chief Judge of Kano State on January 2015 was marred by controversies because she’s from Benue state but got married in Kano state. This was after she has put in decades of service in the judiciary. Her nomination to the Court of Appeal was equally opposed by Kano state authorities who invoked the Federal Character principle. They were not pleased at the prospect of Justice Patricia claiming Kano’s slot at the Appellate Court.

As it affects women in politics, the lawmaker, Princess Miriam Onuoha, representing Okigwe, Onuimo and Isiala Mbano Federal Constituency of Imo State, symbolises a handful of Nigerian women who are still struggling to break through the barrier. Her electoral victory marks the first time a woman will represent her Constituency. This is coming after her fourth attempt in her determined effort to represent her people in that capacity.

The enforcement of such restrictions may have compelled both the 7th and 8th National Assembly to seek ways of addressing the problem. In the 8th National Assembly, the House of Representatives passed a bill sponsored by the former Attorney-General of Plateau state, Hon. Edward Gyang Pwajok, SAN, which gave women dual indigeneship. The bill provided women with the option of choosing either indigeneship in their state of origin or state of marriage in official matters.

There is a temptation to see the gender challenge as a mix of constitutional and social conflict. The Federal Character Commission Act in its guiding principle provides that for the purposes of appointment at the federal level, that the married woman shall continue to hold on to her state of origin. In clearer terms, a relevant paragraph as part of a subsidiary legislation gives the indication that a married woman “shall continue to lay claim” to her state of origin for the purpose of implementation of the Federal Character principle at the national level.

By way of beneficial interpretation, this Act seems to have conferred dual advantage on the married woman, which means that she will continue to enjoy her rights both as an indigene of her state and in her husband’s state.

Generally, the problem of indigeneship goes beyond the Federal Character Act and constitution grafting and panel beating. Most of the issues that affect married women in politics and other appointive positions, have to do with cultural norms and societal bondage.

Even a woman’s physiological build has become a barrier. Sadly, a married woman who doesn’t have children, is viewed as being incapable of providing quality leadership. The assumption is that since she does not have children of her own to control or guide, she will have crisis of leadership integrity in politics. The way a woman is wired for marriage is such that she could be married today and for circumstances she may not control, she is no longer married. It’s a psychological imbalance that deals a blow on women who ordinarily should be encouraged to aspire to get to their peak.

Indigeneship is not so much about legal matters; the confusion can also stem from the politics of patronage in Nigeria. For every example you can cite, legally speaking, why a woman is denied, you can also cite why, if she has the right backing, sentiments will be overlooked in her favour.

The federal character principle suggests that all the appointments by the federal government shall be done in such a way that there will not be preponderance of any ethnic group. Put differently, the general internment of the federal character principle is that it applies throughout the federation and also to the sub-national entities. For equity and fairness, the Principle can also be applied so that only one ethnic group or one local government will not continue to dominate the others.

But in reality, federal character principle is flouted as evidenced in many government agencies in terms of appointments, employment, among other factors. What is playing out is power politics. The same power game applies to indigeneship.

As part of political culture, power determines who gets what and why. A lot depends on the political support the woman has. A number of examples will suffice. Senator Grace Folashade Bent from Osun state was elected to represent the people of Adamawa Southern Senatorial Zone.

The nomination of Justice Ifeoma Jumbo-Ofo was made by former Abia state governor, TA Orji, even though majority of Abia people were not happy about the nomination. According to them, Justice Jombo-Ofo had taken the slot of Abia state in the Court of Appeal. But TA Orji stood his ground. Eventually, the case was brought before the NJC which looked into it, and found merit in her nomination and declared that she had been working in Abia State Civil Service for over 20 years.

To provide further direction, all appointments to public offices should be based on merit. There have been sterling examples in recent times such as the appointment made by the Ekiti State Governor, Kayode Fayemi. He appointed Akan Akpan originally from Akwa Ibom State as the Executive Secretary in the Ekiti State Civil Service. Similarly Governor of Borno state, Babagana Zulum, approved accelerated promotion of a teacher from Abia state to the post of Assistant Headmistress with cash gift to boot.

Elsewhere in Africa, Uganda has put measures in place to encourage engaging participation of women in politics. The Ugandan Constitution ensures that out of the 112 districts in that country, one district must be represented by a woman. There are five special interest groups that are also given reserve seats in their parliament including labour (workers union), military, youth, persons with disability and the women. For the military, there are 10 seats reserved for them in the parliament, two of those 10 seats must be filled by women. Out of the five reserved for the youth, one must be filled by a woman. Out of the five reserved for the workers union, one must be occupied by a woman. This way, Uganda has shown that it is promoting inclusiveness in its political space.

But in Nigeria, the Federal Character Act was decreed into existence by the military which is now deemed to be the Act of National Assembly that has brought about this indigeneship confusion.  The way to cure it alongside gender bias Customary Laws, is to go back to the National Assembly which has the power to rectify it even though when a matter is before the National Assembly, it becomes a mixture of politics and constitutional provisions.

The moral necessity to uphold human rights cannot be overemphasised because in cherishing freedom and the values that define a focused society, we become proactive. This way, we can give meaning to responsibility and accountability.

More than ever, it shouldn’t matter where a woman comes from so long as she is a Nigerian. Merit should matter. There are sizable numbers of Nigerian women who are vibrant, world class citizens, and can hold their own anywhere but are limited by politics of patriarchy and hegemony.

Udo Jude Ilo: Making the best of the Public Anger on Sexual and Gender-Based Violence