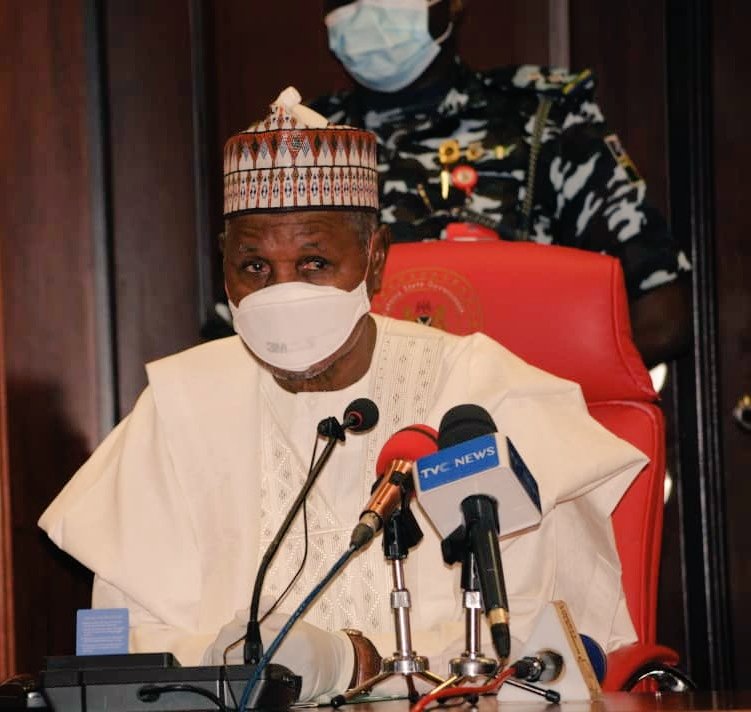 Katsina State government has blamed the activities of a vigilante group – Yansakai, otherwise known as ‘Volunteers’, for allegedly triggering the mass killings in the front-line Local Government Areas (LGAs) of the state.

Governor Aminu Masari stated this on Sunday during a visit to the temporary camp of Internally Displaced Persons (IDPs) in Dandume LGA.

He alleged that the activities of Yansakai have made it extremely difficult for security agencies to tackle banditry and other related crimes in the state.

The governor, therefore, warned that the state government only support vigilante groups that have been recognised by the law enforcement agencies.

He said, “We don’t accept neither have we approved Yansakai, as in most cases, they are responsible for triggering the mass killings of innocent citizens.”

“Yansakai can travel 30 kilometres from their place and kill a Fulani or anybody they suspect to be a bandit and when the bandits in the forest come, they attack the nearest innocent community. It has happened in Kadisau and many areas that have recorded massive killings.

“It is the matter of restoring confidence but most of the villages that these victims came from are deserted now. We want to make sure that there is the presence of military and police before they go back,” Governor Masari noted.

Earlier, the governor visited the IDP camps in Faskari and Kadisau to also commiserate with the people over the recent attacks by bandits which left over 50 innocent citizens dead.

A total of 3,888 IDPs – mostly women and children – have been taking shelter for 42 days in Dandume after being displaced from about 27 villages in Faskari LGA.

One of the displaced persons, Shamsiyya Bello, hails from Birnin Kogo and is among the 27 women who have been delivered of babies at the camp.

Narrating her ordeal, 20-year-old Shamsiyya said, “We are indeed in a critical situation. I am from Birnin Kogo village; we don’t sleep, our husbands couldn’t spend the night at home.”

“Every day, we were in crisis; plenty gunshots here and there with the bandits who killed my brother. We want the authorities concerned to enter the forest and flush out these bandits, they have really cheated us,” the victim lamented.

Negotiating with bandits is the best option for peace – Zamfara Governor