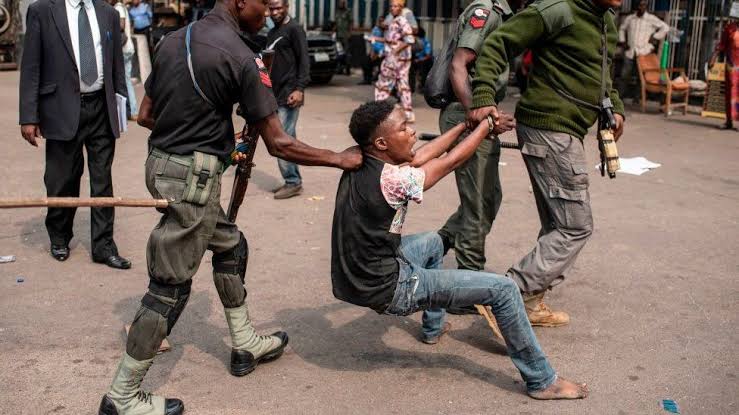 Amnesty international has accused the Nigerian authorities of failure to prosecute officers from the Special Anti-Robbery Squad (SARS), despite anti-torture legislation passed in 2017 and evidence that its members continue to use torture and other ill-treatment to execute, punish and extract information from suspects.

In a statement made available to NewsWireNGR, Osai Ojigho, Director of Amnesty International Nigeria said “The complete failure of Nigerian authorities to bring an end to the gross human rights violations perpetuated by the Special Anti-Robbery Squad or to bring any SARS officer to justice is shocking and unacceptable.

Nigerians are outraged by the systemic human rights violations perpetrated by the SARS with impunity”.

In a recently released report, Amnesty International documents at least 82 cases of torture, ill treatment and extra-judicial execution by SARS between January 2017 and May 2020. The victims of the police unit, set up to fight violent crimes, are predominantly male between the ages of 18 and 35, from low-income backgrounds and vulnerable groups.

According to the organisation, investigations also reveal a pattern of abuse of detainees in SARS custody despite the 2017 Anti-Torture Act. The findings of the report also show that these violations were carried out under the supervision of high-ranking police officers.

The Amnesty international report also show that young people between the ages of 17 and 30 are most at risk of arrest, torture or extortion by SARS.

They are often accused of being internet fraudsters and/or armed robbers. Young men with dreadlocks, ripped jeans, tattoos, cars or expensive gadgets are frequently targeted by SARS.

According to the press statement, the organization on three occasions wrote to the Inspector General of Police asking for steps the police may have taken in investigating the cases outlined in the report but there was no response.

“The Nigerian authorities must go beyond lip service to ensure there is real reform within the Nigeria Police Force with an emphasis on SARS.

These reforms must translate into holding police officers suspected of torture to account, ending torture, unlawful detention, extortion, extrajudicial execution and other human rights violations that SARS officers have been known for across Nigeria.” Amnesty says.

In 3 months, Katsina Police arrest over 40 persons for rape