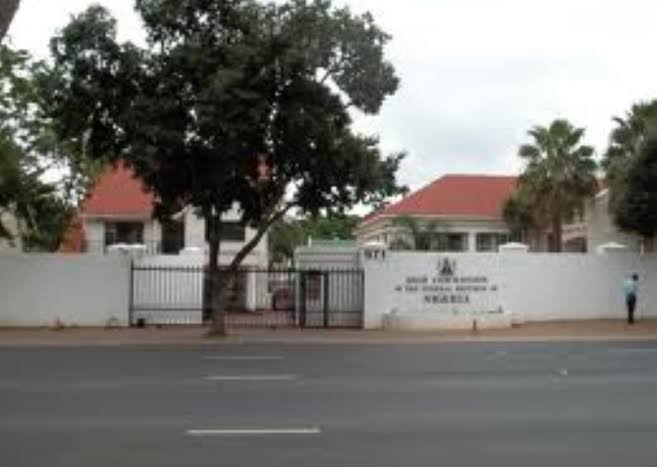 A part of the staff quarters of the Nigerian High Commission in Ghana has been demolished.

A source at the Ministry of Foreign Affairs told Channels TV that a businessman had claimed that the Nigerian High Commission’s staff quarters was being built on his land.

The man reportedly showed up last week with some pieces of evidence to support his claim and began to knock down the fence surrounding the building.

According to the source, the action of the man was not opposed while the Nigerian High Commission petitioned the Ghanaian Government about it, but there was no response.

Days later, he was said to have returned to the premises of the staff quarters and this time, with a bulldozer and began to pull down the building.

In a bid to stop the demolition, officials contacted the police who reportedly showed up at the site when the building was almost pulled down.

While the police allegedly allowed the man to leave the scene without reprimand or questioning, the Ghanaian authorities have yet to respond to the Nigerian High Commission about what happened

The demolition exercise was said to have been carried out late Friday.

Reacting to the demolition, Nigeria’s foreign affairs minister, Geoffrey Onyeama said the Federal government is working with the Ghanian authorities and demanding urgent action to find the perpetrators.