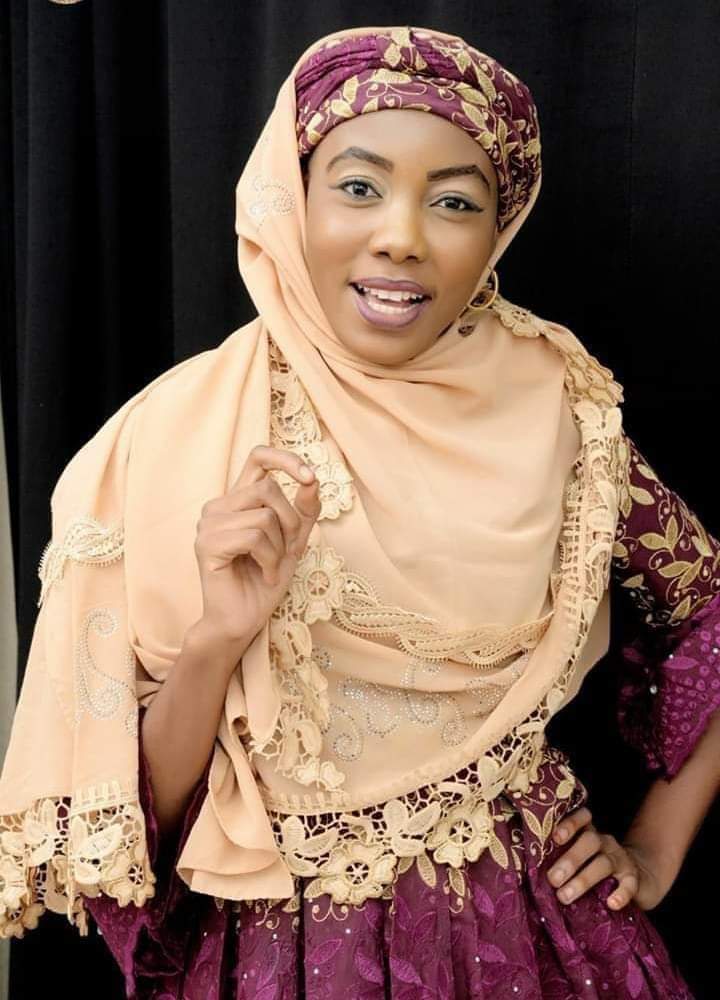 Being a woman in Nigeria is no walk in the park. It comes with blatant discrimination, social, religious and economic inequality, misogyny and gender based violence.

Being a woman in Northern Nigeria comes with the aforementioned ‘preinstalled’ challenges and then some more.

A diverse region with people from different groups, characterized by varying levels of development and different cultural orientation towards the concept of women’s rights, northern Nigeria has over the years gained some form of infamy in gender-unfriendly attitudes towards women, expressed through social and religious orthodoxy.

Challenging the status quo and defying all familiar gender norms is a young university undergraduate in Borno State.

Aishatu Kabu Damboa is a 23 year old mass communication student at the University of Maiduguri and a gender equality activist.

Volunteering with several civil society organisations doing gender advocacy work, including PLAN international Nigeria, Save The Children US and ONE, she also founded her own organisation called Zenith of the Girl Child and Women Initiative Support .

Aishatu is not leaving anything to chance in ensuring that women in Northern Nigerian are represented on every issue. Using Facebook as her primary media platform, she engages her audience everyday on gender based violence, reproductive health rights and equal opportunities for women.

Through her foundation, she has worked on sensitization programs on prevention of SGBV and provision of re_washable menstrual sanitary pads at camps for internally displaced persons in Maiduguri.

She is also actively working to support adolescent girls in IDP camps by providing access to vocational skills.

According to her “Women and girls In Borno state like any other place in Africa, deal with poverty, rape, domestic violence and gender discrimination”

However, she does believe that education is the key to lifting women and girls out of poverty. When women are not educated or under educated, they are not often aware of the subtle and not so subtle ways they are being exploited.

Even in the university community, Aishatu says there is work to be done as male lecturers sexually harass and exploit female students.

“In the past, a girl would be raped and families will go to a ” malam” to pray for them so that the public will not know about the incident, nowadays women and girls speak about the experience and their fellow women and good samaritans join them in demanding for justice.”

“We are not our ancestors. We do not hide or cover the crime of rape out of fear of not being believed or fear of stigmatization and rejection by society” She said.

Being vocal about women’s rights on a public platform as a young Northern Muslim woman has it’s challenges though. Aishatu says sometimes she is perceived as wanting to “start a war with men”

“Being a woman advocate in Borno state and anywhere in the north is full of threats, insults and rejection.

When men (and even some women) hear you mentioning Equality for women and girls they think you are starting a war with men. They accuse you of wanting to be a man” She said.

“The abuse used to hurt me but then I understand that here in the community where I came from, it is not the norm for women to be outspoken.

Women in politics or who hold public office are called prostitutes.“

But she isn’t letting it get to her or stop her from her mission of educating women and ensuring a gender balanced society.

I strongly believe in education. Our people must be educated. It is the long term plan we have to change things” she said.