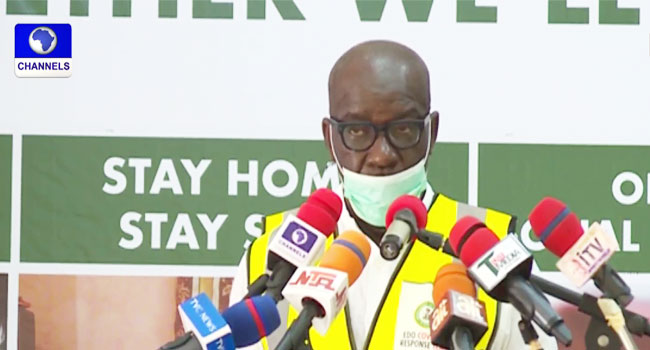 Edo State Governor, Godwin Obaseki, says he has ordered men of the Nigeria Police Force in Edo to thoroughly investigate the circumstances that led to the murder of Vera Uwaila Omozuwa, a 22-yr-old student of the University of Benin.

The 100 level student was attacked by some men inside a Redeemed Christian Church of God in Benin city where she had visited to read.

She was said to be in the church auditorium when the group attacked her, raped her, hit her head with a fire extinguisher cylinder and left her for dead.

Three days after the attack, Uwaila died on Saturday, May 31, 2020, as a result of the injury she sustained.

Her murder has sparked outrage on social media as Nigerians call on police and the government to bring the culprits to book using #JusticeforUwa.

Governor Obaseki in a statement on Sunday, May 31, said he has ordered the police to identify, arrest and prosecute anyone found culpable in the death of the 22-year-old student.

He said, “I have ordered the Nigeria Police Force (@PoliceNG) to thoroughly investigate the circumstances that led to the death of Miss Vera Uwaila Omozuwa, a 100-level student of the University of Benin (UNIBEN).

“The @PoliceNG has been mandated to identify, arrest and prosecute anyone found culpable in her death. The Violence Against Persons (VAP) Law is in effect in our state.

“Using this law, we would ensure to investigate what exactly transpired and deal decisively with those found complicit in the dastardly act, whoever they might be. #JusticeForUwa”