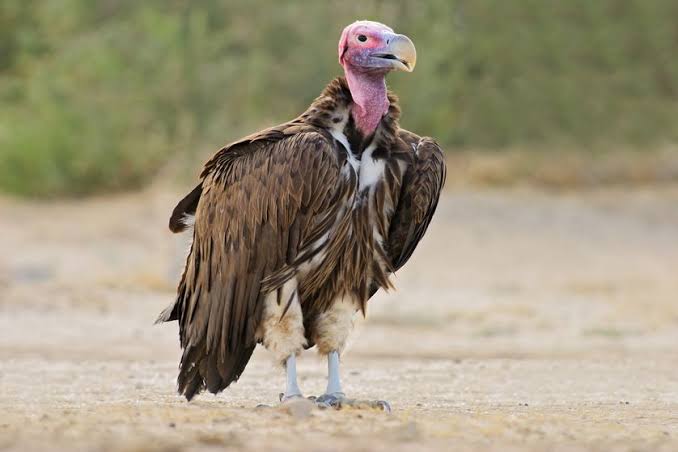 A coalition of international conservation organizations has today launched an online petition dubbed #StopTheKillings, calling for action to address the unprecedented mass killings of vultures in Guinea-Bissau and Nigeria through poisoning.

The Nigerian Conservation Foundation (NCF), BirdLife partner in Nigeria lends its support to the petition launched today in furtherance of its “save vulture” campaign project that started in 2017.

This awareness campaign has been done in major cities such as Lagos, Abuja etc, and also taken to the vulture hotspots states such Kano, Sokoto, Taraba, Ogun, Osun, Ondo, Enugu, Yobe and Oyo.

These killings, the largest incident of mass vulture deaths in the world, are a big blow to conservation efforts to save Africa’s vultures.

More than 2000 Critically Endangered Hooded vultures are reported to have died, following deliberate poisoning with an agricultural pesticide, which is highly toxic for vultures.

Vultures play a vital role in our environment keeping it free of decaying carcasses, yet these majestic birds have experienced catastrophic declines around the world, with populations of all African vulture species plummeting by 70-97% over the last 50 years.

In the Guinea-Bissau case, initial investigations indicate that this mass killing of vultures is being driven by belief-based use. It is erroneously believed that vulture heads and other body parts have special powers and can bring good luck to users.

Widespread killing of vultures in Guinea-Bissau through poisoning – the leading cause of vulture mortality in Africa, threatens to wipe out stronghold populations of these Critically Endangered birds.

The #StopTheKillings petition launched by BirdLife International, Vulture Conservation Foundation (VCF), The IUCN Vulture Specialist Group, The Royal Society for the Protection of Birds (RSPB), The Peregrine Fund and The Organization for the Defence and Development of Wetlands in Guinea-Bissau (ODZH) is calling on the Guinea-Bissau government, the Economic Community of West African States (ECOWAS), the African Union (AU) and the global community to take urgent action to halt these mass killings by bringing to account those responsible for these atrocities, and enforcing measures to safeguard vultures.

“The large scale poisoning of vultures in Guinea-Bissau represents a major blow to vulture conservation efforts in the West African region and in Africa at large. We are urging the Guinea-Bissau government to address these mass killings urgently to safeguard Guinea-Bissau’s vulture populations”, notes Francisco Gomes Wambar, Executive Director of the Organisation for the Defence and Development of Wetlands in Guinea-Bissau (ODZH).

The petition is also calling on the global community to support interventions aimed at halting the persecution of vultures in Guinea-Bissau and across Africa.

“As a long-time amateur ornithologist I have come to admire birds’ life cycles and conservation needs. The mass deaths of vultures in my country highlights the dire vulnerability of Africa’s vultures and the need to urgently save these rapidly disappearing birds, while involving local communities in these interventions”, notes Professor Carlos Lopes, retired UN Under- Secretary General and current Professor at the Nelson Mandela School of Public Governance, University of Cape Town.

“Poisoning of vultures in Guinea-Bissau is being driven by demand for vulture body parts used for superstitious purposes such as ritual charms. Changing this trajectory will require concerted efforts from all stakeholders, most importantly local and national authorities and civil society organizations. Halting the killings and urgently putting in place measures to protect vultures should be a priority”, says Rebecca Garbett, Vulture Conservation Manager at BirdLife International.

43% of Nigerians have lost their jobs since COVID-19, this study deserves your attention