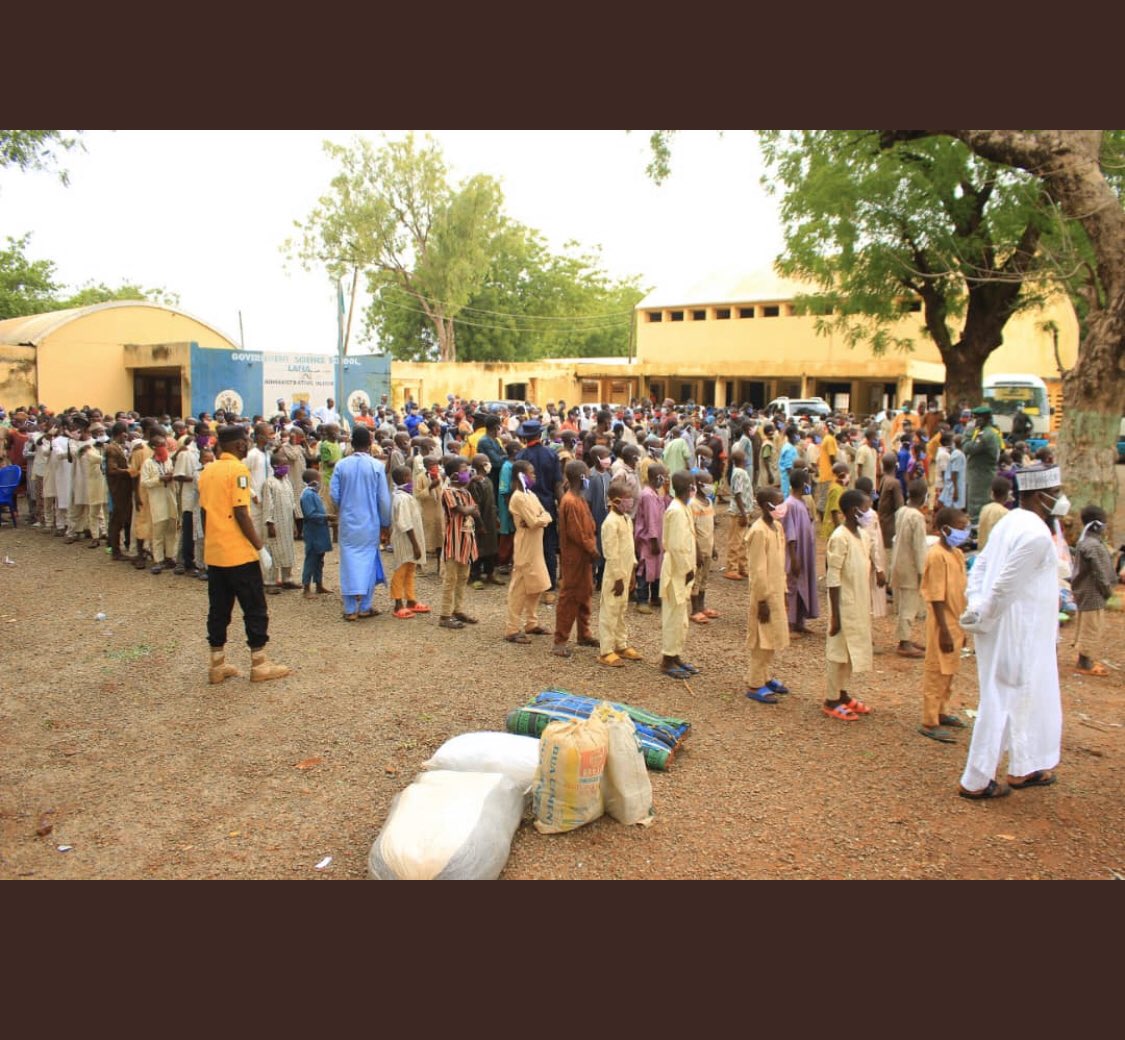 NewsWireNGR had reported how No fewer than 788 almajiris from Nasarawa State were repatriated to their various home states.

The Nasarawa State Governor, Mr Andullahi Sule, annouced the number of deportees while addressing the first batch of the almajiris from the southern zone of the state on Sunday.

Biding farewell to the almajiri in Government Science Schools, Lafia, the governor said the essence was for their parents to take proper care of them.

But the Almajiri arrived Jalingo from Lafia, the Nasarawa State capital, at about 3am on Monday in four buses, the reception wasn’t what what expected..

The almajiri, along with officials of Nasarawa State Ministry of Women Affairs, slept outside the office of Secretary to Taraba State Government in Jalingo and were only received by some officials in the office at 10am.

DailyTrust Newspaper reports that the almajiri were later asked to leave to the entrance of Jalingo town’s gate along Jalingo- Wukari road to wait for officials of the state.

The letter, from the office of Secretary to Taraba State Government, dated 4 May,2020 with reference number: SGS/ADM/S/167/11/125. and signed by one Sunday Tanko Maiyaki, Permanent Secretary Political Cabinet Affairs and General Services.

He said all the almajiri were kept in isolation in a secondary school in Lafia and tested for coronavirus, adding that their results came back negative.

The official stated that Nasarawa had evacuated over 1000 almajiri to their respective states, adding that only Taraba turned them back. “We are asked to take the almajiri back to Nasarawa with a letter addressed to secretary to Nasarawa state government and N100,000 to fuel our vehicles,” the official said.

To continue telling under-reported stories, we need your support for the work we do, by donating to https://paystack.com/pay/newswirengr

Related Topics:NigeriaAlmajiri Schools
Up Next