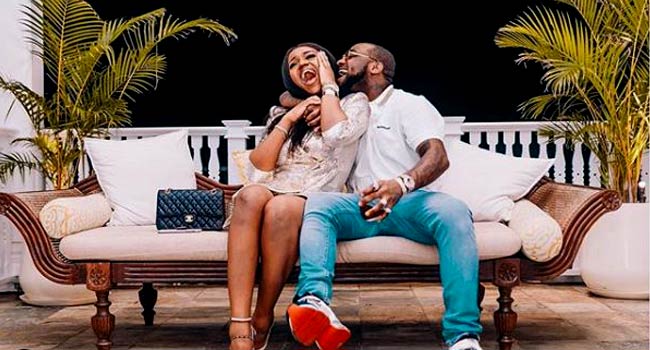 He explained that he took the decision after his fiancée, Chioma, tested positive to coronavirus (COVID-19).

The music star announced this on Friday via his verified Twitter handle.

In the series of tweets, he noted that he recently returned to Nigeria from America after cancelling his tour, while Chioma also came back from London recently with their baby.

Davido stated that although they had no symptoms and were perfectly fine, they decided to take the COVID-19 test on Wednesday along with the close associates they had recent contact with as a result of their travel history.

“Unfortunately, my fiancée’s result came back positive while all 31 others tested have come back negative, including our baby.

“We are, however, doing perfectly fine and she is even still yet to show any symptoms whatsoever,” he revealed.

According to the 27-year-old, Chioma has been quarantined while he has gone into self-isolation for the minimum 14 days.

He thanked his fans and well-wishers for their love and prayers in advance and urged them to stay at home, in order to curtail the spread of the disease.