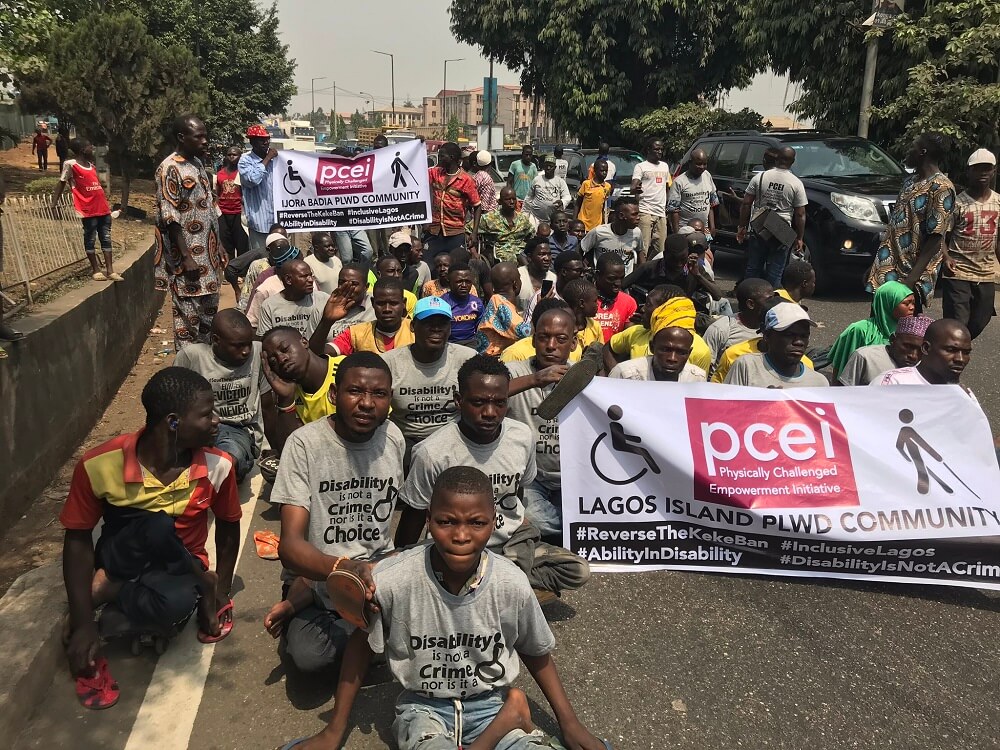 February 1st 2020, Lagos state commuters woke up the reality of a very limited means of transportation to their various places of business. Motorcycles and Tricycles have been banned. The usual chaotic rush for buses became a nightmare and the long queues at the bus stops became longer.

The Lagos State information and strategy commissioner Gbenga Omotosho said ”the ban is the first stage of the state government’s plan to sanitize its roads and protect Lagosians from the negative effects of these illegal modes of transportation.”

The effects of the ban of motorcycles and tricycles on not only major highways and bridges. but in six densely populated Local Government areas in the state have been multi-layered.

On one hand, you have commuters who depend on the tricycles to take them from the bus stops to their homes or places of work, having no other alternative but to walk the long distances sometimes at the risk of personal safety; On the other hand, you have the number of riders whose only means of livelihood has been taken away by this policy and who can no longer provide for themselves and their families.

That is the fate of the number of people living with disabilities in the state who depend on tricycle riding to make a living.

Earlier in the month, members of The Physically Challenged Empowerment Initiative whose livelihoods and mobility had been affected by the tricycle ban delivered a petition to the Lagos State Governor and the House of Assembly regarding their plight.

On 25 February 2020, over 600 persons living with disabilities and other Lagos residents went on a peaceful protest to the Lagos State Governor’s office to request for an audience.

According to a joint press statement by The Physically Challenged Empowerment Initiative (PCEI), the Nigerian Slum / Informal Settlement Federation (Federation) and Justice & Empowerment Initiatives (JEI), As evening fell without any response, the peaceful protesters settled in to spend the night outside the Governor’s office.

Officers of the Nigerian Police Force on ground began to shoot tear gas at protesters who were eating or starting to sleep. At least five of the group’s leaders were arrested and detained by the Lagos State Task Force. Despite efforts to secure their release, the five leaders have since been charged before the Lagos State Mobile Court on charges like “wandering” and efforts to perfect their bail are ongoing.

The Organisations condemned the ban and the attack on the protesters; explaining that some of the worst impacts of this policy have been on persons living with disabilities across Lagos State, many of whom have over recent years been supported by PCEI to leave street begging for more dignified and lawful work of driving kekes.

“Our members have invested heavily to learn how to drive, get the requisite licenses, and purchase kekes that they have proudly driven until 31 January 2020, providing for themselves and their families. The ban has witnessed several of their kekes seized on 1 February 2020 from within a taxi park where they were parked respecting the ban; up to date, their petitions to the Lagos State Task Force and Commissioner of Police have received no response.”

A Keke (Tricycle) rider and also a member of the The Physically Challenged Empowerment Initiative; Mr Abbas Alhaji, speaking to NewsWireNGR, said;

“The Keke ban has affected our community the most. Especially those in Lagos island. We protested peacefully to the Government because we want an alternative to be provided. We want skills acquisitions trainings and grants to enable us set up small businesses for ourselves.”

The Group is calling for the immediate release of their members; Mohammed Zanna, Sarkin Abubakar Umaru, Shehu Issa Daiyanu, Guragu Mustapha Bello, and Guragu Yunusa Mohammed, for the charges against them to be dropped, and for the Governor to respond to the petitions and requests made by the protesters and for the reversal of the keke ban in favor of pro-people regulation.

The Cronenberg at Number 12: A Story About Child Abuse in Nigeria