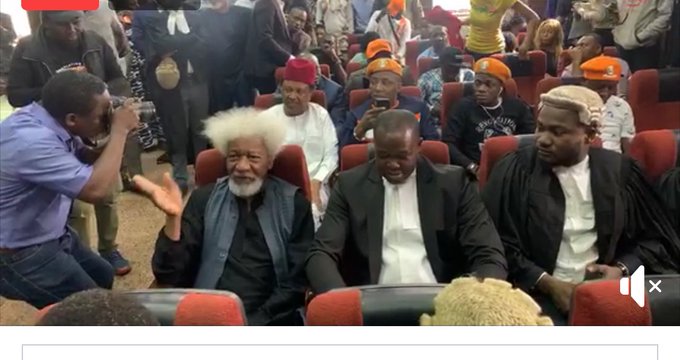 Nobel laureate Professor, Wole Soyinka, and a former Nigerian Senator Shehu Sani are currently at the Abuja High Court in solidarity with the convener of #RevolutionNow Protest, Omoyele Sowore.

Under Buhari, you have to be a Northern Muslim before you can hold any strategic position – Bishop Mathew Kukah