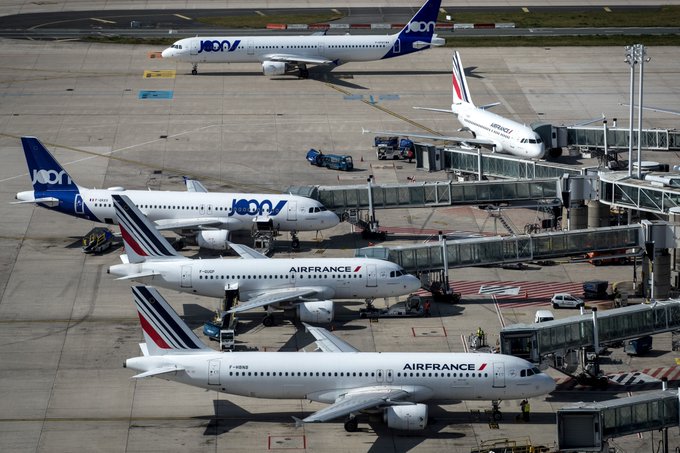 Air France says it suspended its flights through Iranian and Iraqi airspace after missile attacks on US military bases in Iraq.

The attack was in retaliation for the killing of Qasem Soleimani, Iranian general, at Baghdad international airport, last Friday.

In a statement on Wednesday, the airline said the decision to suspend its flights in the air zone was made in order to ensure the highest level of flight safety.

“Flight plans are adjusted in real-time according to the decisions of the French and regional authorities, throughout the world, in order to ensure the highest level of flight safety”, the statement read.

More than a dozen missiles launched from Iran struck two air bases in Irbil and Al Asad, west of Baghdad.

It is unclear if there have been any casualties, but the Iraqi military said there were no casualties from its forces.

Iran’s supreme leader described the attack on the bases as “a slap in the face” of the US.

A passenger plane carrying at least 160 people bound for the Ukrainian capital Kiev has crashed a few minutes after taking off from Tehran’s main international airport.

Iran’s Red Crescent has said there was no chance of finding survivors, and Pir Hossein Kulivand, an Iranian emergency official, later told state TV all those on board were killed in the crash.

Ukraine’s foreign ministry confirmed that assessment, citing information from the airline, and said more than 160 people had been aboard. Local reports said the number could be as high as 180.

“The plane crashed five minutes after taking off,” said civil aviation spokesman Reza Jafarzadeh. “The pilot had no contact with the tower and didn’t announce an emergency situation before the crash.”

Related Topics:IraqIranAir France
Up Next

World Bank Projects a 2.1% economy growth in 2020 for Nigeria

Oil price hits $71 as Tension between Iran and the U.S continues