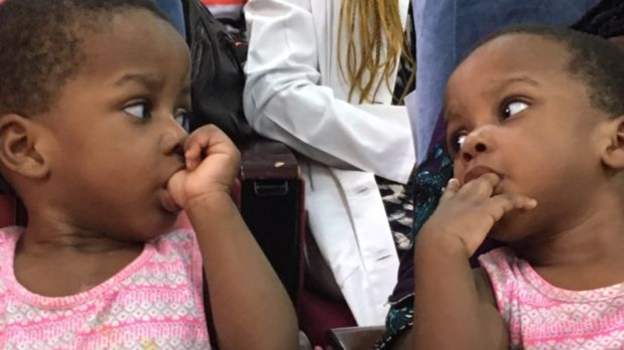 A team of doctors in Nigeria have successfully separated one-year-old conjoined twins.

Lead surgeon Emmanuel Ameh told the BBC the operation to separate Goodness and Mercy Martins at the chest and abdomen took place in November and the two sisters were now well enough to go home.

But the medics at National Hospital Abuja did not charge for their work because the twins’ parents – Michael Edeh and Maria Onya Martins – could not afford the medical bills.

According to BBC reports, they rely on Mr Martins’ salary as a painter to get by.

The couple had first brought their daughters to hospital in Nigeria’s capital, Abuja, in August 2018 just after their birth.

But the doctors couldn’t operate on them immediately as they were not well enough.

They were cared for at the government-owned hospital for the next 15 months and their strength built up over time. The green light was then given for the operation.

Related Topics:Nigerian Doctors
Up Next