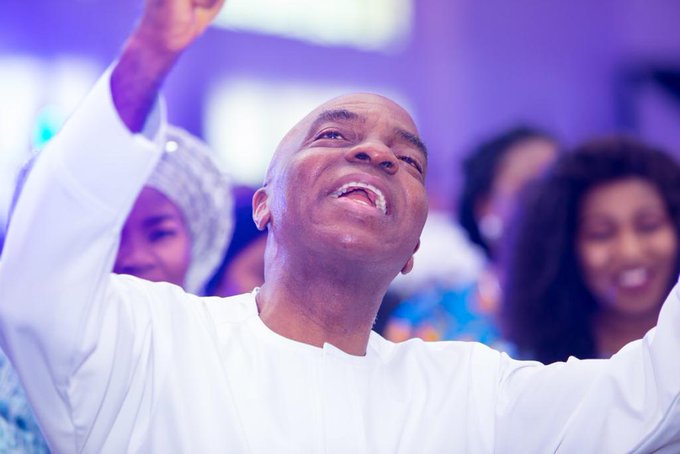 Founder and general overseer of the Living Faith Church, a.k.a. Winners Chapel, Bishop David Oyedepo has described the controversial hate speech bill as a ‘crazy idea.’

The bill, sponsored by a former senate spokesperson, who is now the deputy senate whip, Sabi Abdullahi,  passed first reading on the floor of the red chamber on Tuesday, November 12, 2019.

It is titled the National Commission for the Prohibition of Hate Speeches  (Estb., etc) Bill 2019. The bill prescribed death by hanging, for anyone found guilty of the offence.

The cleric, said the aim of the bill was to silence Nigerians boasted that no one can silence a man of God because he is called by God.

“You say something truthful about them and they call it is hate speech? You can’t silence a man of God because he is called by God.” He said.

“I don’t know if anyone loves Nigeria more than I do. Imagine they are not hanging killers, they want to hang ‘hate speakers?

Speaking at Shiloh 2019 tagged ‘Breaking limit, Oyedepo said “Hate speech is one of the most crazy idea ever.”

Who Died and Made Bobrisky a Nigerian Cultural Leader?