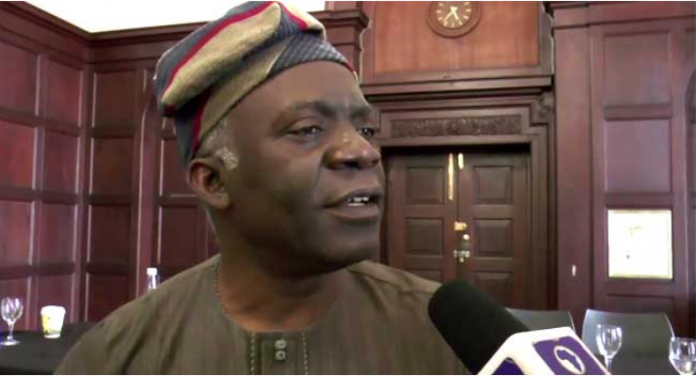 Femi Falana, human rights lawyer, says $12.7 billion worth of crude oil was stolen from Nigeria between 2011 and 2014.

Goodluck Jonathan was president during the three years mentioned by the senior advocate of Nigeria (SAN).

THISDAY Newspaper, is reporting that Falana made the comment on Thursday while speaking at the 40th anniversary celebration of the Petroleum and Natural Gas Senior Staff Association of Nigeria (PENGASSAN) in Abuja.

He said 60.2 million barrels of oil was taken from the country and discharged at a port in Philadelphia, US, adding that the records are with the Nigerian Maritime Administration and Safety Agency (NIMASA).

He called on the oil union to prevail on the government to trace the funds, saying past efforts to do so have been unsuccessful.

“The study revealed that the value of the money from oil stolen from Nigeria is $12.7 billion. The oil was discharged in one port,” he said.

“We have identified who the oil majors are and the shipping companies involved, but since 2014, we have been begging the Nigeria government to recover the money.”

Falana also said called for the immediate recovery of royalties accrued to the federation account since 2014 from oil companies.

He said the offshore and inland sharing contract act which provided that for 50 years, no royalty would be collected from oil and gas mined from below 1,000 meters depth had already expired in 2014.

Falana’s claim comes on the heels of similar allegations of corruption in the country’s oil sector.