TheCable Newspaper is reporting that the Islamic State West Africa Province (ISWAP), a faction of Boko Haram, has executed Hauwa Leman, an aide worker with the International Committee of the Red Cross (ICRC).

The terrorists also promised to keep Leah Sharibu, the Dapchi schoolgirl, as “a slave for life”. 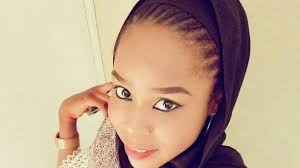 The ICRC, in a statement by Aleksandra Matijevic Mosimann and made available to newsmen yesterday had said it is making an urgent public appeal to the Nigerian Government and to communities and individuals with influence to work towards the release of the two committed medical workers abducted.

According to ICRC, “speed and urgency are critical. A deadline that could result in the killing of another health-care worker is less than 24 hours away.

“To the holder of these kidnapped women, ISWAP (Islamic State’s West African province group): We urge you for mercy. We urge you to not kill another innocent health care worker who was doing nothing but helping the community in north-east Nigeria.

“Hauwa Mohammed Liman worked in a hospital supported by the International Committee of the Red Cross (ICRC) when she was abducted on 01 March with Alice Loksha, a nurse who worked in a centre supported by UNICEF.