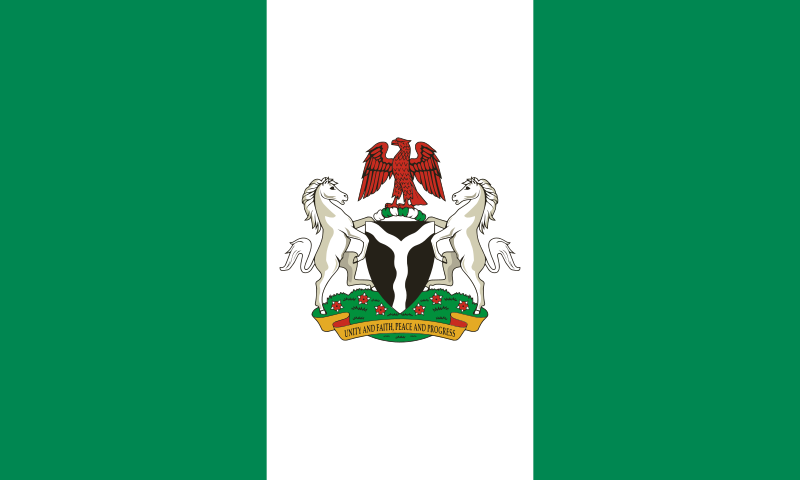 It is no news that the Nigerian Legal system has often failed women. There are aspects of the Nigerian Constitution that are in dire need of review. We highlighted some of these here. However, despite these shortcomings, the Nigerian Legal System is not the worst in the world. In recent years, laws have been passed that protect the rights of women. For example, the Nigerian laws do not treat rape kindly, prescribing life imprisonment for offenders. Despite this, many have gone outside the provisions of the law to oppress women, playing on the fact that many are uneducated and unaware of their rights.  In some instances, the actions of people in authority who subscribe to traditional and often patriarchal systems have become so entrenched that many believe it to be a matter of law. Here are three examples:

While there have been instances where women have been stopped from posting administrative (police) bail or they have been told to go get their husbands or a male member of the family to do same, there is nowhere in the Nigerian body of laws that women are directly or indirectly told not to post bail. Some have postulated that the restriction may have had its origins from the time when women were not allowed to own landed property and so they had nothing to post bail with. While this may be plausible for posting bail in a court of law, administrative bail has always been “free”. So on what basis are women facing this discrimination?

A review of the Criminal Justice Act and the Criminal Justice Code further shows that there is no record of discrimination based on gender in the fine prints of the Sections that deal with surety. The emphasis is not on the ‘who’ but the ability of the said person to present the accused when called upon.

In addition, Section 167 of the Administration of Criminal Justice Act 2015, states explicitly that woman can post bail. Section 167 (3) reads:

A person shall not be denied, prevented or restricted from entering into a recognizance or standing as surety for any defendant or applicant on the ground only that the person is a woman.

Founder of Flipbook Nigeria and Child Literacy Advocate, Belinda Nzeribe, tells NewsWireNGR of a time when she was denied treatment at a Nigerian hospital because she did not have her husband with her. In fact, in her case, the doctor insisted on her husband’s physical presence. She said, “I remember when I wanted to go on birth control after my third child. Went to the hospital and doctor said my husband had to come in as well and agree to it. Told him my husband wanted same thing but doctor needed hubby’s consent – in person.” Belinda’s experience is not an isolated case. A tweet from this Nigerian doctor went viral recently. According to them, a patient was allowed to bleed out because they needed her husband’s consent before her uterus can be removed.

When I was doing my internship,a lady died on the operating table because her husband couldn’t make up his mind about having her ruptured uterus removed cos she’s had only female kids.that was his concern.male child.the lady bled out and died https://t.co/xMu2kgaxcY

However, facts reveal that although some doctors insist on this tradition, it is neither medical ethics nor a matter of law. Dr Onaopemi, a medical practitioner in Nigeria gives some perspective on this situation. According to him, there is a part of the Medical Consent Form (See ‘B’ in Consent Form below)that says that the doctor can carry out additional surgeries for which consent may not have been expressly given if the patient’s life is in danger. He insisted that although married women are often not allowed to give informed consent, this is more of deferring to customs than medical practice. 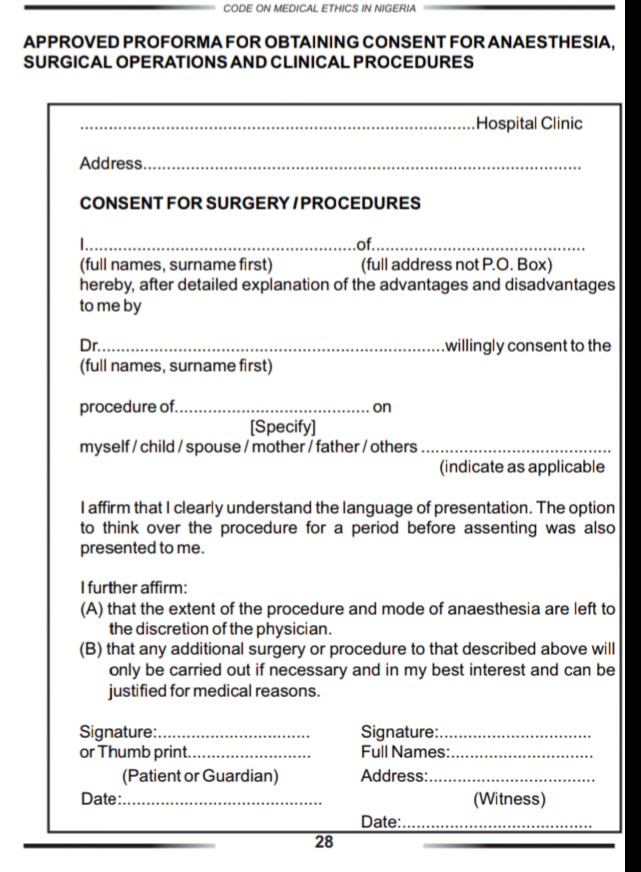 In their work, ‘Informed Consent Practices in Nigeria. Developing World Bioethics’, Ezeome Emmanuel and Marshall Patricia wrote, “In some communities, it is usual (though not in line with national and international guidelines for ethical conduct in research) for male members of the family to make decisions on behalf of wives and adult children.”

In the same vein, nothing in Section 19 of the Medical Code of Ethics for Doctors and Dentists suggests such discrimination based on gender. In fact, it is clearly stated on the consent form that the patient can make such decisions for themselves before the surgery begins.  Also, patients above the age of eighteen are viewed as adults and able to give informed consent. The only caveats are when a person is “underage…unconscious or in a state of mind constituting mental impairment”. It is only in these circumstances that a “next of kin may stand in”.

3. A Married Woman Cannot Obtain a Nigerian Passport Without Her Husband’s Consent.

Women in Nigeria have often been asked to present consent letters from their husbands as part of the required documents before they are issued an International Passport. Although this administrative policy is still being enforced, there is a subsisting legal ruling nullifying it. In 2009, wife of renowned author Elechi Amadi, Dr. Priye Iyalla-Amadi, took the Nigerian Immigration Service to court querying their right to include the vexing consent letter from her husband as one of the documents required to get an international passport. She won that case as the Judge ruled that such an administrative policy ran contrary to the Nigerian Constitution. In particular, the Judge based his ruling on Section 42 (1)(a) of the 1999 Constitution www.vanguardngr.com/2009/06/court-voids-immigration-condition-for-issuing-passports-to-married-women/

So, what should a woman do if she is asked to produce a consent letter from her husband in order to have her international passport processed? Women’s Right Advocate and Lawyer, Solomon Apenja posits, “The Priye Iyalla-Amadi case effectively put to rest the question of the legality or otherwise of requiring women to present a letter from their husbands before being given an international passport. The law is settled on the subject.” He adds, “From a legal point of view, you may call your rights to freedom from discrimination and cite the Priye-Amadi case, telling them you do not require one. Go the whole length to prove your point but not necessarily going to court (that has been done by Dr. Priye) but if you must, do go to court. It would benefit the development of law.”

The #Owerri112, Can We Take a Lesson from History?