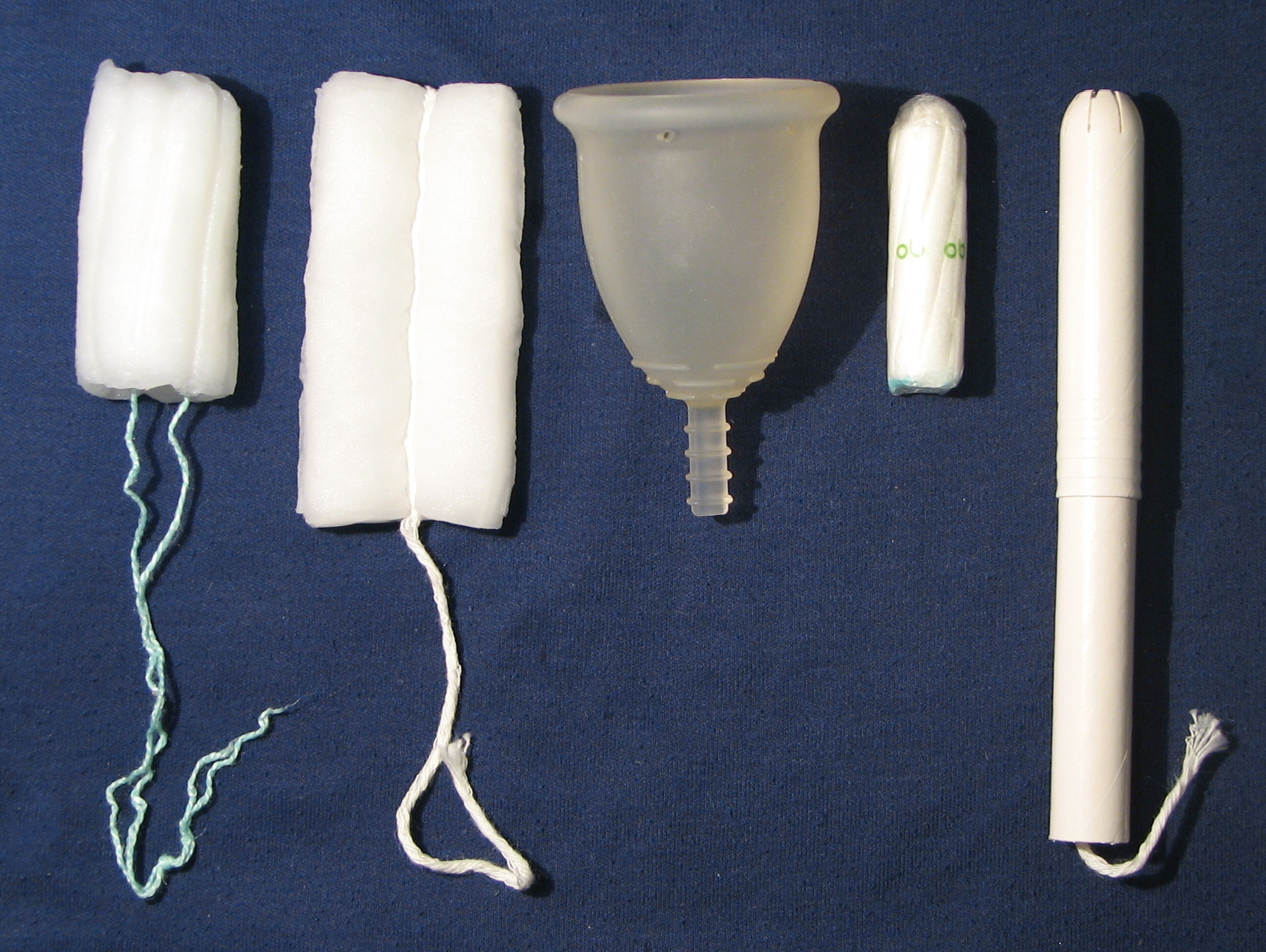 It is called Period Poverty. It refers to the inability of girls from low-income households to afford sanitary towels during their monthly period or menstruation – a four-day to one week period within each lunar month when women and girls discharge blood and other materials from their uterus. Menstruation is a taboo subject in many communities.  Certain traditions forbid women in this state from participating in community activities. It is little wonder then that no one really wants to talk about it. Men would rather not be told about it. When their attention is called to it, mostly, it is to announce that their female partners are pregnant. Yet, advocates of women’s rights believe this subject must be given airtime. Every year, since 2014, the 28th of May has been marked as World Menstrual Hygiene Day.

How Widespread is Period Poverty in Nigeria?

Dozens of jokes have been made of women missing their periods and men’s reaction to it. But Period Poverty is not a joking matter. In fact, some have argued that the provision of sanitary towels to girls from low-income households should be a  Human Right issue. According to the World Poverty Clock report as of June 2018, Nigeria has over 44% of her population living in extreme poverty. Their definition of extreme poverty is people living on £1.90/day. This means that about 86 million Nigerians are living on less than N912/day. It is believed that in 2018, Nigeria will become the poverty capital of the world.  Of this number, there are over 40 million women and girls, who cannot, by current economic standards, afford to buy sanitary towels.  A visit to the market and stores shows that sanitary pads cost between N300 and N600/ pack depending on the manufacturer. An average user would need about two packs/ cycle depending on how heavy the flow is and how long it lasts. This means about 45% of the population of women in Nigeria today cannot afford sanitary towels during their menstruation. These women have to find alternatives. Some turn to old newspapers, toilet papers, old pieces of cloth and in more extreme circumstances, leaves.

Effects of Period Poverty in Nigeria

Dr. Kenechukwu Agu, a Paediatrician in Enugu Nigeria, points out that there are health implications to Period Poverty. He says unsanitary practices often lead to Urinary Tract Infections and Genital Tract Infections. “Depending on what is used… Most alternatives like tissue…some use leaves, are not sanitary and won’t soak the blood well, so there’s a chance of genitourinary infections. And these infections can have far-reaching consequences… Ectopic pregnancy which can lead to death if it ruptures, Infertility, [and] kidney problems if not adequately treated.”

Rukayat Arekemase, a nurse and midwife in Lagos, Nigeria agrees.  According to her, the basic problem with using alternatives to sanitary pads is infections.  She says, “For instance, cotton wool  and tissue which we all know is not waterproof can break into pieces with contact with the menstrual flow and enter the vagina and from there move further into the internal reproductive organs like the uterus.” She adds, “The use of cloth for menstruation if not properly handled in an hygienic manner like washing in preferably hot water and detergents, sun-dried and if possible ironed to kill any germs, can lead to lead to several infections related to the reproductive tract and offensive vaginal discharge afterwards.”

Also, Period Poverty can potentially affect the nation’s economy. For example, one popular sanitary pad advert shows how restricted girls feel when they are on their period and are unsure if their getting up from their seats after sitting for a long while will result in their getting stained. A UNESCO report shows that as much as 10% of girls in sub-Saharan Africa miss school during their menstruation while others drop out altogether.  If a girl misses 4 days each month of school, it means she will miss 12 days in the school term or about 10% of the school term. This will surely have an impact on how much she learns and if she eventually graduates or not. It can only be imagined how many brilliant minds have been lost in the process.

In addition, menstruation is a taboo subject in many communities. Even among women, talking about the menstrual circle and care is viewed as hush conversation and so they use euphemisms such as  ‘your thing’, ‘ your time’, ‘selling petrol’, ‘running tap’ and others when they do break the convention.  Also, in some areas in Northern Nigeria, women are isolated when they are on their period and not allowed to mix with other members of the community. This means that whatever economic activity they could be engaged in during their menstrual period – which sometimes lasts up to seven days – is halted. Given the fact that women drive the informal sector, it would be good to know how much Nigeria loses in terms of GDP to women not being able to perform economic activities during their menstrual period.

The argument has been made that if the government can subsidize condoms, which are basically used by men, then there is no reason they should not subsidize sanitary pads. Some commentators disagree. Dr Onaopemi, a General Practitioner in Lagos, insists that trying to equate provision of condoms to provision of sanitary pads is like comparing apples to oranges. “You can’t use condoms being free as justification [because] the decision to make condoms free was reached after careful analysis of the cost-benefits. If a cost is attached to condoms, that means some people (especially those who need it the most) won’t be able to afford it (or you can say they’ll have a valid reason why they are not using it) and that leads to rise in STIs, unwanted pregnancies etc leading to more government spending. So if you can cut all that simply by making condoms readily available, then it’s cheaper to do that,” he said.

When quizzed on the medical effects of not using sanitary pads, he retorts, “Is there any data to back this up?” He adds, “Whatever infection that may arise is to one person per time. No risk of transmitting to another person whereas STIs are transmittable.” He further clarifies, “What I’m saying, in essence, is that arguing for pads to be made cheaper or even free is quite different from trying to change people’s perception of what menstruation is all about.  But I get the point that it can pose a risk for increased infection which can easily be dealt with proper education and awareness regardless of what they use.” (Italics ours)

Ms Arekemase concurs. “Improper use of sanitary pads can lead to acquiring infections. This is the reason it is advised to change pads as soon as it is soaked, not necessarily a particular number of times because some do have heavy flows. Using just a pad for a day can eventually lead to infections because you are literally sitting in the blood which of course is meant to be cleaned up.”

“My mother still uses cloth,” says Ruth* (name has been changed) “I do not see any reason government should be providing girls with pad. These girls should be taught to wash and sun the cloth.” Another respondent adds, “The cloth idea is actually good. But we are in the age of consumerism so it will be hard to sell. My aunty still uses cloth and you wouldn’t know.”

Dr Agu agrees that the issue is “purely hygiene and maybe comfort”. According to him, cotton wool is perfectly okay although gauze will work better. He says, “Hygiene talks are important even with pads because there can still get infections if not used well.”  However, he adds “If free pads will be possible then best. But who will sponsor it?”

The issue of sponsorship leads rights advocates to look to government.  Just recently, Scotland started a programme where they are distributing sanitary pads and tampons to women and girls in low-income populations. They are using schools and food banks as the point of contact. Provision of free pads for 20,000 women and girls is costing Scotland an initial £500,000. Scotland has been hailed for this initiative which social commentators have said is the way to go. Already, Kenya is taking the lead in Africa, providing sanitary pads for girls in public schools.

Ms Arekemase  Rukayat  posits that sanitary pads should be  made more affordable. “They can be subsidized if not totally free especially for young girls.” Interestingly, Nigeria is one of those countries where some sanitary products can be bought VAT free.  Nigeria is ahead of the United States, United Kingdom, Australia, Malaysia, Italy, France, Germany and India where sales tax and sometimes luxury goods tax is charged on tampons. Yet, Nigeria’s general economic situation keeps these products out of reach.

This leads to looking for other less expensive solutions. Ms Arekemase suggests that with good hygienic practices, clothes can be used as against tissue or cotton wool. These ties back to earlier comments pointing to the fact that a bigger issue than the provision of sanitary pads is the education on proper hygiene. Providing any form of solution to period poverty without a corresponding focus on hygiene could amount to an exercise in futility.

However, there cannot be proper hygiene without the provision of one of the basic ingredients for hygiene – water.  UNICEF reports that as at 2017 69 million Nigerians, that is about 40% of the population, do not have access to clean water.  Menstrual hygiene is impossible without access to clean water and cleaning agents. The buck, of course, ends on the table of the Nigerian government. Provision of clean water for the populace is a basic need. How does a country like Nigeria justify lack of access to water for its citizenry in 2018?  Faith (name has been changed)  a 15-year-old girl who lives in Lagos Nigeria shares with NewsWireNGR that getting water to take her bath during her period is even more important than having sanitary pads. “When there is no light, there is no water. We have to go to the third street to fetch water and then we have to manage it. When I’m on my period, I will just use this small bowl (shows a one-liter bowl) just to wash. Sometimes, I cannot bath.”

Provision of water is in the purview of the three arms of government in Nigeria, with the local government being the closest to the people. Yet, even where individuals are able to provide water for themselves, the boreholes require power supply to function. Nigeria’s inability to sort out her power problems contributes to the lack of water in many communities. Without water, girls cannot wash and clean themselves while they are on their period. Without water, they cannot wash and clean the blood stained cloth for use at another time. Without water, there remains a dire need for these girls and women to be provided with the only other viable alternative – sanitary pads.

Period poverty remains a big issue in Nigeria due to a combination of factors: poverty, lack of access to water and the harsh economic climate. This is why certain individuals and NGOs have taken it upon themselves to provide sanitary products for women and girls who cannot afford it on their own. The momentum of the conversation needs to be maintained. Whether the girls get sanitary pads, menstrual cups or cloth, provision of potable water must be made an issue of paramount importance. Solutions to the problem of Period poverty should be seen as a human rather than feminine rights issue.