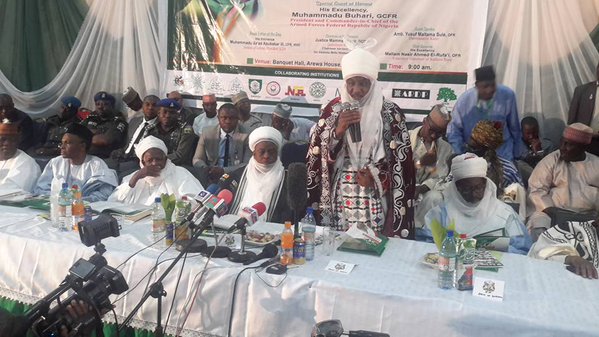 All States with blasphemy laws on their statute books should repeal them to increase freedom of religion or belief, a UN human rights expert has said.

“Anti-blasphemy, anti-apostasy or anti-conversion laws, some of which are falsely presented as “anti-incitement” legislation, also often serve as platforms for enabling intolerance,” said Ahmed Shaheed, ahead of presenting his first report to the UN General Assembly in New York since he was appointed Special Rapporteur on freedom of religion or belief.

“I urge States that still have blasphemy laws to repeal them because of their stifling impact on the enjoyment of the right to freedom of religion or belief, and on the ability to engage in a healthy dialogue about religion,” the expert said.

Mr. Shaheed said it was essential to address the rising global trend of religious intolerance, and to close the gap between commitments to combat intolerant acts and taking appropriate action.

“In many cases, limits on freedom of religion or belief and denials of that freedom, which result in religious intolerance, stem not from any governmental action but from pressures within the society in which they occur,” he added.

Intolerance could be caused by extremist interpretations of religious sources. Violations are often aggravated in situations where “intolerance levels are at their highest, rule of law is at its weakest, and fear is the common currency, including in situations of conflict”, he added.

Violence by extremist groups, often in the name of religion or belief, is a real threat that had to be confronted, he said, but the increasing trend by States to politicize religion or link it with security concerns worsens the situation.

“What is often overlooked is the role many governments play in exacerbating, fuelling and enabling an environment in which such extremism can flourish,” he said.

He warned that an over-securitised approach to countering violent extremism in the name of religion had often proven to be counter-productive.

The Special Rapporteur, encouraged everyone to recommit using the existing UN tools and mechanisms to close the gap between commitments and action.

Mr. Ahmed Shaheed (the Maldives) was appointed as Special Rapporteur on freedom of religion or belief by the UN Human Rights Council in 2016. Mr. Shaheed is Deputy Director of the Human Rights Centre at the University of Essex, UK and Senior Fellow of the Raoul Wallenberg Human Rights Centre in Canada. He was Foreign Minister of the Maldives from 2005 to 2007 and from 2008 to 2010. He led the country’s efforts to sign and ratify all nine international human rights Conventions and to implement them in law and practice. Mr. Shaheed is the former Special Rapporteur on the situation of human rights in Iran.

In Germany, Asylum Seekers Are Forced Into Prostitution

“We Could Do The Photos, Or We Could Just Have Sex” – Women Share Tales of Sexual Harassment #ExposeYourPig