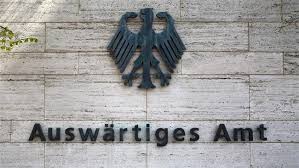 BERLIN, Oct 26 (Reuters) – German authorities are investigating reports that asylum seekers in a Berlin refugee camp were forced into prostitution, officials said, adding that they had not been able to confirm that such incidents had taken place.

The allegations come amid heightened concern at Germany’s ability to integrate the 1.1 million refugees who arrived in 2015 and 2016. The political parties negotiating to form a new national coalition government are arguing over whether to impose a cap on immigration numbers.

Broadcaster ZDF reported on Tuesday that employees of a security company that runs several refugee camps in Berlin were luring asylum seekers, some of them minors, into prostitution.

Both national government and Berlin city officials said they were investigating the allegations, and Berlin said its staff would be given further training to help them identify such cases.

“If the allegations of security staff profiting from and driving refugees into prostitution are true, these would be very serious charges,” said government spokesman Steffen Seibert said.

“Exploiting the material hardship in which many refugees and immigrants live is totally unacceptable. Forcing people into prostitution is morally reprehensible,” he said.

68 Countries Do Not Prohibit Sexual Harassment At the Workplace

To Increase Freedom, All States With Blasphemy Laws Should Repeal Them – UN Human Rights Expert Says