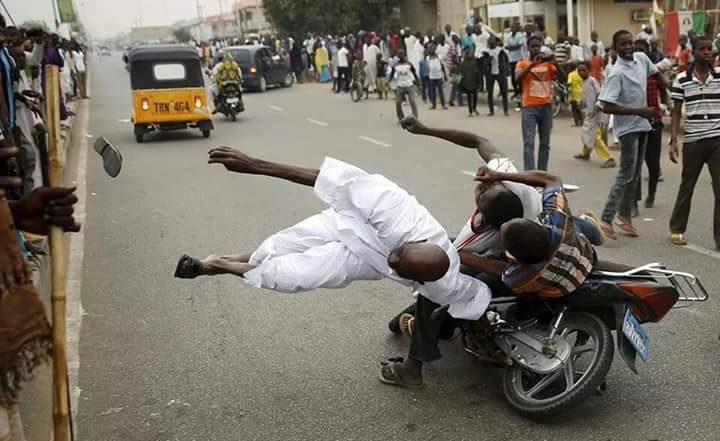 The presidential villa Abuja is agog with activities as staff and security personnel are making last minute preparations to receive President Muhammadu Buhari who is expected back to the country.

In Daura, the hometown of Buhari in Katsina state, residents are in an upbeat mood over reports of the president’s return.

Salisu Haro, a civil servant in the town, said the president’s return represents a ray of hope for the nation and prayed that Nigerians would support him to deliver quality leadership that would take the country to the next level.

He commended a section of the media for keeping Nigerians abreast of Buhari’s condition throughout his stay in London, adding that objective journalism would help to accelerate national development.

Abdumanaf Daura, APC north-west organising secretary, described the report as encouraging, saying it has put all those spreading rumours of Buhari’s incapacitation and death to shame.

He berated those he called unpatriotic elements using the president’s ill health for politics and spread of baseless rumours, saying they should atone for their sins.

The politician thanked Nigerians for their resilience, prayers and understanding during the trying moments of the nation, stressing that Buhari was back into the country for good.

Nura Usman, a civil servant, expressed the hope that Buhari would continue with his reform agenda.

“We are solidly behind his crusade on corruption, insurgency and every other evil that derailed the progress of this nation.

“We have been praying for his well being and God has answered our prayers,” Usman said.

Nura Habu, a local farmer, said the residents would organise prayers to celebrate the return of Buhari.

The president expected to arrive at the Nnandi Azikiwe international airport, Abuja, at 3pm, according to NAN.

Itinerary members of staff in the presidency are said to also be on standby, while security vehicles and personnel attached to the president’s convoy had since left for the airport to receive the president.

Members of the presidential guards Brigade were seen moving toward the airport after conducting rehearsal at the arcade in Abuja.

The President, whose absence sparked-off protests both in Nigeria and London with some asking for his resumption or resignation, is expected to make a national broadcast to Nigerians on Monday.

Buhari left Nigeria on May 7, for the second round of his medical treatment in London after receiving 82 rescued Chibok school girls who were abducted by the Boko Haram sect in 2014.

While in London, Buhari received a number of visitors, including Vice-President Yemi Osinbajo, who first hinted Nigerians about the president’s recovery.

Other visitors are leaders of the All Progressives Congress, state governors, archbishop of Canterbury, Justin Welby, Senate President Bukola Saraki and Yakubu Dogara, speaker of the house of representatives.