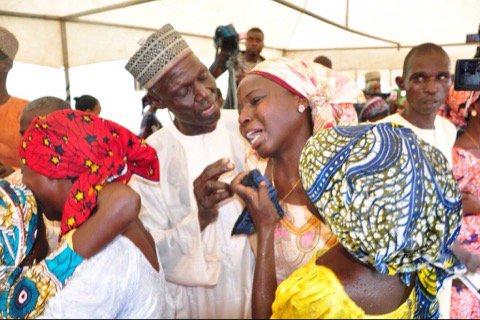 Amnesty International has urged the federal government to respect the privacy of the 82 Chibok schoolgirls released on Saturday.

They were reportedly released on Saturday and taken to Banki, a town in Borno.

Osai Ojigho, country director of Amnesty International in Nigeria, described the release of the girls as “a big relief.”

Ojigho also called on the government to ensure the reintegration of the victims into their communities.

“It is vital now that they receive adequate physical and psychosocial counselling and support so that they can fully reintegrate in their communities,” she said.

“The government should also respect their privacy and ensure that the released girls are reunited with their families and not kept in lengthy detention and security screening which can only add to their suffering and plight.

“Boko Haram members have executed and tortured thousands of civilians and raped and forced into marriage girls and women. They have been indoctrinated and even forced to fight for Boko Haram.”

She also called the attention of the government to thousands of other women and girls the group is holding captive.

“The Nigerian authorities must now do more to ensure the safe return of the thousands of women and girls, as well as men and boys abducted by Boko Haram,” she said.

Communities in Chibok have erupted in joy over the release of the girls.