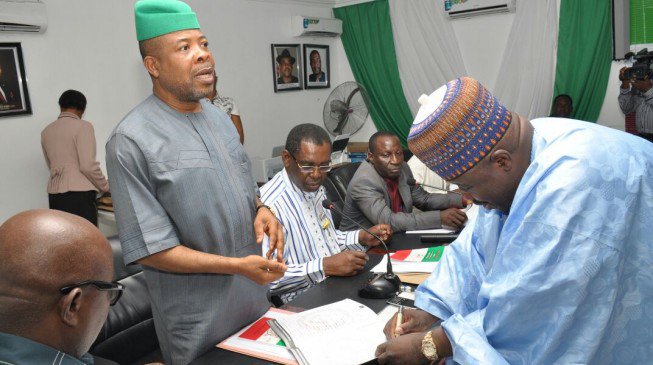 Ihedioha told the News Agency of Nigeria (NAN) in Port Harcourt on Monday that Sheriff by his conduct had failed to show an attitude worthy of uniting and strengthening the party.

According to him, the conduct, actions, language and temperament displayed by Sherriff has succeeded in planting disunity amongst members.

“His utterances after the Appeal Court judgment in Port Harcourt created division in the party rather than unit members, this showed that he is not interested in the progress of our party.

“Sheriff has nothing to show as his contribution toward the growth of our party, both in his state and at the national level.

“It will interest you to know that Sheriff has never participated in any state or national convention of the PDP.

“He was only a contractor that was brought into the party to play a leadership role in our trying times and I think that the brief period of three months assigned to him by the party has long expired,” Ihedioha said.

He said that the party would appeal the court ruling that recognised Sheriff as its national chairman.

He also assured party members that there were enough evidences at the party’s disposal with which it would claim victory at the apex court.

“I believe that the judiciary as an unbiased umpire will deliver fair judgment at the apex court and I know that the judgment will vindicate us by granting Markafi’s victory,” he said.

I May Contest For President, You Can’t Rule It Out -Tinubu On 2019 Elections