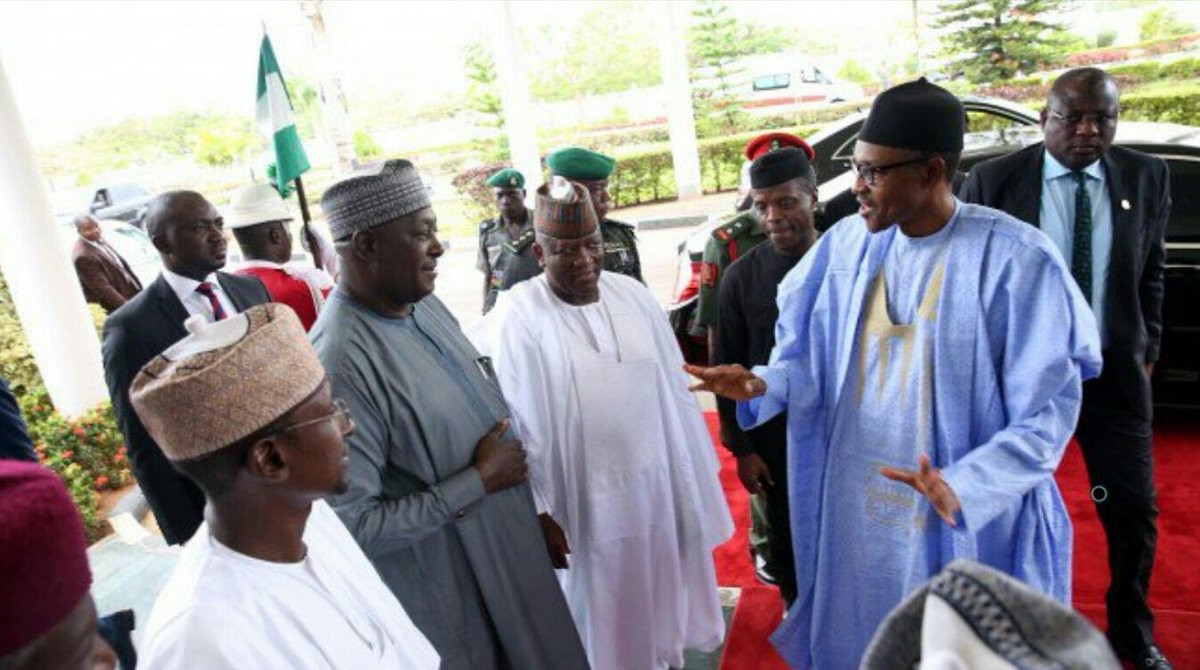 The mammoth crowd under the banner of an association, Buhari/Osinbajo Again (BOA) walked round major streets of Yola on Saturday before terminating the rally at the state office of the party where prayers were offered.

Pundits said the fact that neither Governor Muhammad Jibrilla nor any official of his government attended the pro-Buhari rally indicated a widening division in the state chapter of the ruling party.

The governor was flagging off a bridge construction project in Song Local Government Area when the rally held.

The Secretary to the Government of the Federation, Babachir David Lawal, who was represented by the council chairman of Hong Local Government, Ahmad Halliru Lala, said Nigerians should pray for successful implementation of Buhari’s anti-corruption policies.

“The SGF is calling on you to pray for the president and support his anti-corruption drive.

“Those who wish the president death or pray against his return are thieves; such people will be defeated,” Lala said.

In his remark, Sen. Abdulaziz Nyako said it was normal for human beings to fall sick irrespective of their age, added that the rally was a welcome development as it brought patriotic Nigerians together.

He added that his father, Murtala Nyako, Nuhu Ribadu and many others asked him to convey their gratitude to those who participated in the rally.

The APC Zonal chairman in the Southern Zone, Baba Oga, who represented the state chairman of the party, Ibrahim Bilal, commended the chairman of Buhari/Osinbajo Again association, Yahaya Hammanjulde Vice, for showing concern for the President.

Those who attended the rally included the council chairmen of Yola North and Hong, a state legislator, Rufa’i Gombi, and a host of APC chieftains that are loyal to Nyako, including Uba Dan Arewa, Ibrahim Usman and Zayyanu Sahabi.