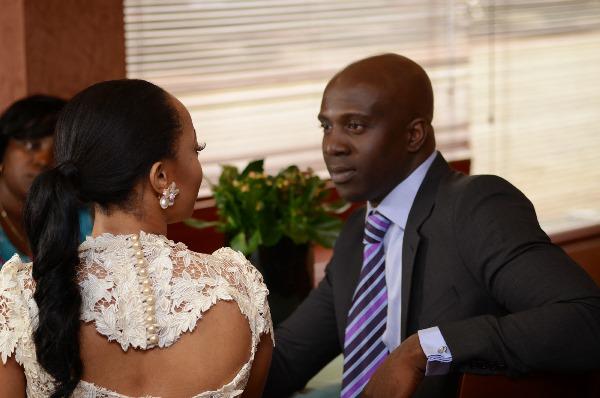 Media personality, Toke Makinwa has been issued a “letter of demand” asking her to stop the sales and all forms of promotional activities for her book ‘unbecoming’, TheCable reports.

The letter was sent by lawyers to her enstranged husband, Maje Ayida.

It was learnt that the fitness trainer has hired law firms in both the United Kingdom and Nigeria to handle the case.

The memoir had narrated her

account of her relationship/marriage to Ayida, a fitness expert.

She had accused him of cheating on her by getting another lady pregnant while they were married.

The legal documents described the book as an “exaggerated fabrication”.

The document stated that Toke refused to disclose in her book that she signed a legal separation agreement in July 2014, 6 months within their marriage.

The letter said the book failed to record that Makinwa and Ayida had agreed to separate by July 2014.

The Nigerian law firm said it was untrue that Maje gave her “STI in the past or at any stage in their relationship.”

“His professional integrity as one of the leading health and wellness practitioners in Nigeria, and his professional credibility built over the years through dedicated hard work have been besmirched”, the letter said.

Maje is asking that Makinwa retrieves the already-sold books and stop all forms of distribution.

According to the lawyers, failure to make an unreserved apology to Maje in three national dailies will lead to commencement of legal actions.

The media personality is set to hold a book reading in Ghana on Friday, February 3.